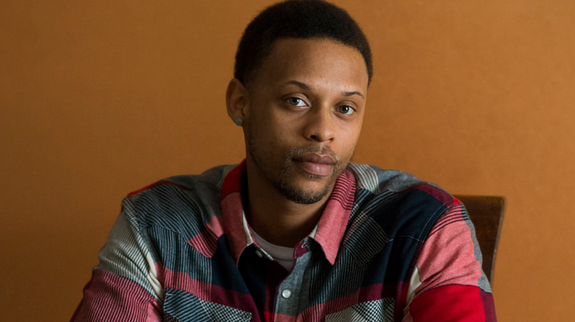 As an only child, Herring holds his father as his top role model

Q: What did it feel like when you became a father?
A: One of the best feelings in the world. I was overjoyed; ecstatic. Best feeling in the world that there was something that I created and it was going to be my responsibility to raise. Wonderful feeling. 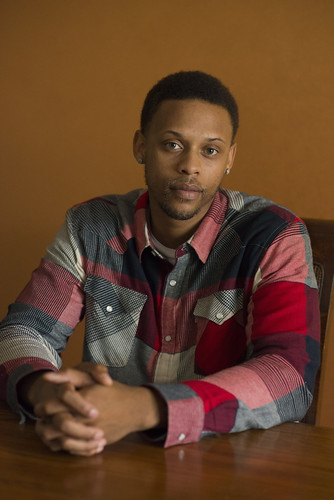 MEET FATHER KARESAUN: Herring, 28, works as a warehouse employee and is a father of one son, one stepdaughter and one on the way. | Ben Cleeton, Staff Photo

Q: What can you share about your children?
A: A’mera is 10. She is very school oriented, which I like. She loves to read, and she’s very helpful around the house and with my son Kyren, who is 4. Well, 4 going on 14. He’s a grown little boy who is very mature but silly. Many in my family say he’s been here once before, meaning he has an old soul. He’s full of joy and loves sports. With the next one, we’re hoping for a girl. We’ve already chosen a name. We agreed on Kaysen, which will definitely stick if it’s a boy. If it’s a girl, that may change, but we’ll keep something with a K because that is the start to my name and to my father’s also. So we’ll keep ‘K’ going all down the line.

Q: What was your relationship like with your dad?
A: I was actually closer to my father than I was to my mom. I just clinged to him, and I still do. He’s like my best friend. Anything I need he’s there … financially or if I’m going through something and need someone to talk to, he’s always there.

Q: Why are fathers important?
A: Studies show that children do better in two-parent households. Having a man in the house gives that feel of protection and stability, not saying single moms can’t do that, but it’s a different feel with a man in the home. They just add a little more to the family. And when you don’t have a father in the household, you search for male figures outside of that and it can lead to negative behavior.

Q: Is there a saying or advice you always give?
A: Tell the truth and treat everyone with respect. No matter if it’s good or bad, I tell them: The truth never changes. Especially with your parents, as long as you’re truthful, no matter if it’s good or bad, we can always work it out. Whatever the case is. Honesty goes a long way and builds character.

Q: What do you think about assumptions held about black fathers?
A: I think the stereotypes can hurt because people may prejudge. But I do know a lot of young black men who are going against the grain and taking care of their children. It’s just society’s (opinion) and it doesn’t have anything to do with me personally, but sometimes we do get the bad end of the stick. I do see quite a lot of fathers trying to step up to the plate and promote family, so slowly, I do think that public perception is beginning to change.

Q: As a father, is there anything you do that would surprise people?
A: That I’m a single dad. My son’s mom lives in Florida. A lot of people are surprised by that, since I’m a young male and I’m raising my son. I’m blessed with a very supportive family, and they help out a lot. (Herring’s household includes his girlfriend and stepdaughter.)

Q: Any advice for other dads?
A: Spend time with your kids. You may not have a lot of money, and your finances may not be where you want them to be, but time is very valuable in a child’s life. Plus they grow up so fast and before you know it they’ll be older and time is lost. I love to spend time with my kids and see them grow and progress.

Q: Is there any one moment that stands out?
A: There’s no one particular moment, but just when I get to see smiles on their faces. Just seeing them happy in general. We don’t have to do anything extravagant but just to spend time together, laughing and joking as a family.

Q: Final thoughts?
A: I want to say that sometimes relationships, especially with young black men, go sour with their children’s mothers, and sometimes it gets hard. Sometimes fathers that actually want to be in their child’s life, back out because their children’s mother may do things out of spite. But I would just advise (them) to stick in there and work to spend time with your kids regardless. If you have to go through the courts, definitely do that. Because children lose out when the father’s not there. Put in the effort to be in your children’s lives.