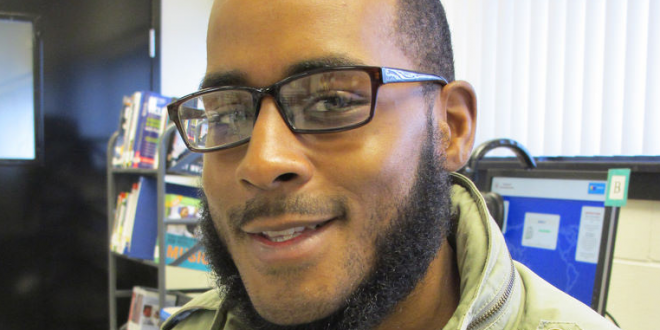 Q: What did it feel like when you became a father?
A: Exciting. During the pregnancy I was in Oneonta Job Corps., but her labor was induced. There was no crazy call: ‘She’s having her baby, hurry!’ So I had time to be there. I was supportive through the labor, but I didn’t know what to say. I didn’t know the pain. The second time, I was there for the entire pregnancy and birth. I handled all the food cravings and needs that came up. I mean, I had to, that’s my lady.

Q: What was it like when you saw your firstborn son for the first time?
A: Amazing. It was like I was looking at a little me — someone I never want to be apart from, because I grew up without my father. 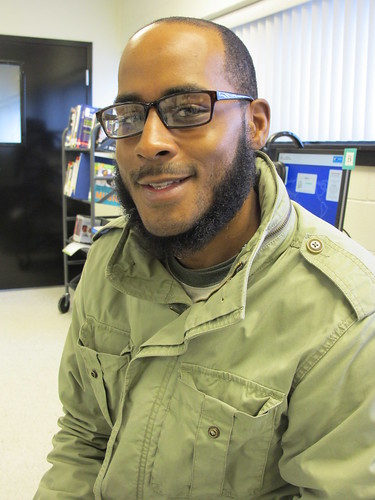 MEET FATHER JOSHUA: Walton, 26, who is raising two sons and dreams of being a basketball coach.

Q: What can you share about your children?
A: Joell, 7, my oldest, looks just like his mother. The two boys have different mothers. Joell is not shy at all, and I’m very shy. He likes to dance and tell jokes and be the center of attention. And his mother is just like me, so we don’t know where he gets that from. He doesn’t even get embarrassed. My newborn, Xylan, looks just like me. Even as a baby, he has my eyes and my eyebrows.

Q: What do you try and instill in your sons?
A: Teach them to do right and be better than you. I try and give my kids the things I wasn’t able to get. Not just the material things, but the love. I’m real big on no material things because those are not important. My mom was great bringing me up and making sure I had what I needed, even nice things, but it wasn’t Air Jordans. It’s about school and being there with them … teaching them and showing.

Q: Why are fathers important?
A: For a son, I believe a father is important to teach how to be a man. Fathers serve as a model on how to be independent, how to go that extra mile to support your family. My mother played both roles. But oftentimes a male influence is important. Nowadays, I think that male influence is even more important to combat that draw of the street. The excess of crime has a lot to do with young males being out there without a father. The high incarceration rate for our population is alarming. Without a father or role model, influence comes from other males in the streets — that’s just what happens.

Q: As a father, is there anything you do that would surprise people?
A: I think what I don’t do surprises some. It’s not bad to go out and have a good time sometimes, and me being so young, that’s what people expect me to do — but I don’t do that. I put anything aside so I can be there for my sons. I see my oldest every day even though I now live on the East Side, and he stays here on the South Side with my mother who shares custody. I come down here every morning — rain, sleet or snow — and make sure he’s off on the school bus safely. Every day I’m out looking for work, focused on doing what I have to do for my sons.

Q: What’s your opinion about commonly held stereotypes about black fathers?
A: I feel a large amount of fathers who aren’t there make all of us look bad. And I believe that the statistic (meaning number of black fathers who are actively engaged in their children’s lives) is higher than America really thinks. I guess it’s just hard to see it. I have friends, many of us are fathers, and they are there. In my experience, the mother really isn’t. My friends take care of their kids by themselves, basically. They work. And it’s so hard to find a job in Syracuse. It makes us look bad. It’s not like we don’t want to work and we don’t want to provide, it’s that no one is giving us a chance. No one, really. That puts us in a depression mode. Seriously. That’s how I be feeling. I’m so eager (to work). I hate that feeling of not being able to provide. This city needs more jobs.

Q: Any advice for other dads?
A: Stay in their lives and be a good example.