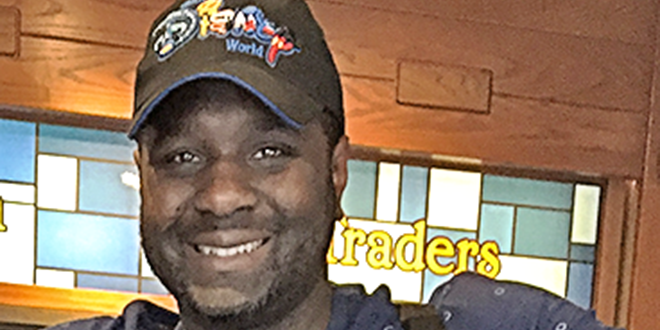 Q: What did it feel like when you became a father?
A: I felt joy, but also that feeling that my life was going to change … that I had to be a little more responsible. I had so many mixed emotions with thoughts of the future. And when I found out it was twins, I thought “oh shoot.” But full of love and joy. It was a second instinct. As soon as you see them, you have that love for them right away. 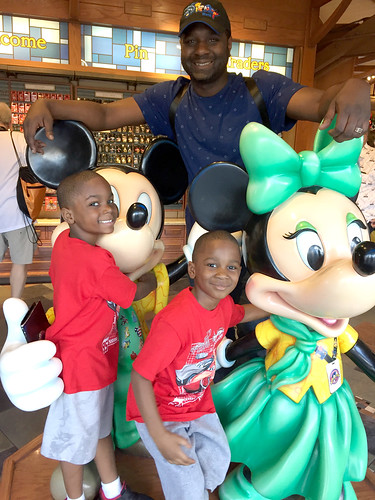 Q: What can you share about your twins?
A: They’re amazing young men. And although they were born at the same time, they’re two different people, two different personalities. One [Jelani] is more adventurous and a daredevil. The other [Jaleel] is more quiet and artistic. They’re both smart in different ways, but they also have a strong bond. If they weren’t twins, I would think they were friends. They want to be around each other all the time. It’s amazing watching them grow up, fight and make up.

Q: Are they identical twins?
A: No. Jelani looks more like me; Jaleel looks more like his mother. And Jaleel is older by three minutes. He’s proud of that. He likes to say “I’m the oldest.”

Q: Any advice for first-time dads?
A: Don’t have twins! (laughs) But one thing I can say is have patience. Have patience, especially with the mother after pregnancy. Sometimes we forget what they’re going through. We have to understand that postpartum is real. Patience is needed with mothers too. Another thing is that your kids are your future. Whatever they do, good or bad, you’re going to feel it. You have to try your best to give your kids the proper tools to succeed in life. You make the effort of teaching them at home what they’re not going to be taught at school, like financial literacy or your own history. You never know what can happen to you, so think about life insurance. You need to make plans for your kids to be productive in the long-term.

Q: What is unique about the father’s role?
A: Both roles are unique, because we’re alike and different. There are some things women bring to the table that men can’t. There are some things men bring that women can’t, or it may be harder for them. I think women are better at emotional support. I think men are better at being disciplinarians. But both play an important role in raising a child. That’s why people need to learn to co-parent, even if the relationship (between parents) may not work, to get that balance a child needs. 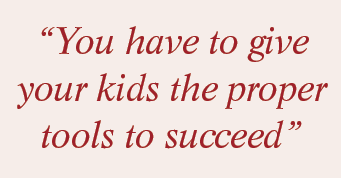 Q: As a father, is there anything that you do that would surprise people?
A: They may be surprised when I say I didn’t have a father in my life. And society stereotypes black men as not being present in their children’s lives. They might be surprised to see that, but I see a lot of black men who are present in their children’s lives. Most of my friends are fully involved.

Q: What is your opinion about commonly held stereotypes about black fathers?
A: I can see where it comes from. I think the media plays a major part in it, especially messages we get from television and rap music. But you also see it a lot too in my environment, where kids grow up without a father, so some of it is a reality. I don’t want to deny that. The reason behind it is a long conversation about poverty to lack of self-awareness, since our history was stolen from us, so we had no identity. We don’t do a good job on showing the other side. Racism does play a factor. It puts some reality into it.

Q: Can you share a teachable moment you’ve shared with your sons?
A: It’s always a process. Recently, I had my kids watch TV about Martin Luther King and other leaders. They learned about hate and love, and how to separate those two. For financial literacy, I teach them that when they get $2, they have to put $1 to the side. I always tell them that.

Q: Final thoughts?
A: Teach your kids about your history. Not just about the negative things — talk about the positive things too. Show them all aspects of life, and start them at a young age. Then they’ll make the best out of it when they’re older.