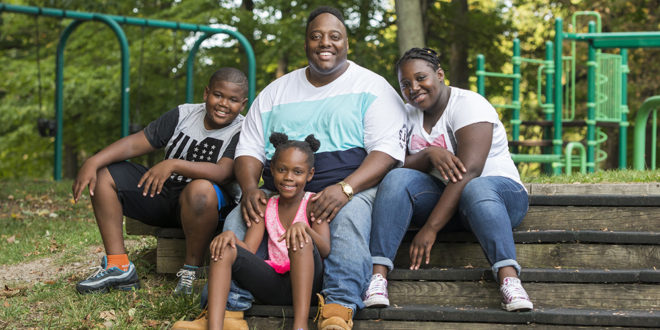 MEET FATHER Cyrus: Lyles, 36, has worked as a barber at E-Clipz Barbershop for the last five years. He has one biological daughter but also a niece and nephew who call him dad. | Zachary Krahmer, Staff photo

Q: What did it feel like when you became a father?
A: Initially, I was terrified. At first I didn’t understand it — she (the mother) still looked normal. Then when her belly started to get big … I was like ‘Uh oh! This is the real deal.’ And I didn’t grasp the concept that I was becoming a dad until I saw the sonogram. I held my breath for like 20 seconds when we got into the room. The nurse asked me, ‘Do you know what it is?’ and I responded, ‘It’s a boy, right?’ She said ‘No.’ And then I snapped my fingers or something and they jumped on me thinking I was disappointed, but I didn’t mean it like that at all. Because I’m so glad I have my daughter, and I wouldn’t trade her for anything else. 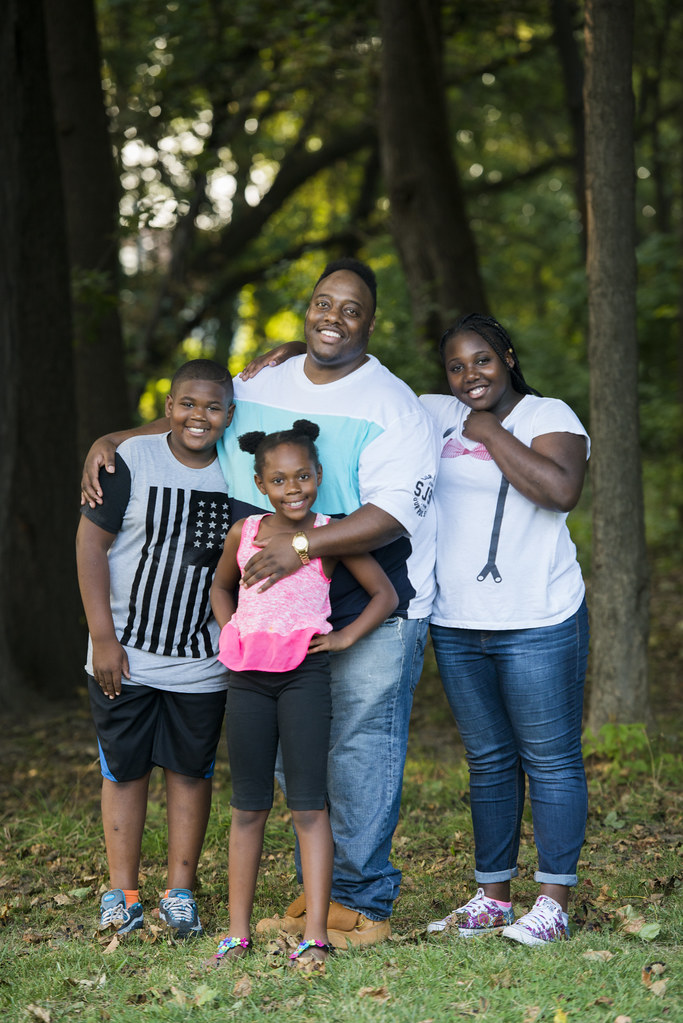 MEET FATHER CYRUS: Lyles, 36, has worked as a barber at E-Clipz Barbershop for the last five years. He has one biological daughter but also a niece and nephew who call him dad. | Zachary Krahmer, Staff photo

Q: And what about when she was born?
A: I was the first person to hold her. She was delivered via C-section, so her mom couldn’t hold her yet. Her mom told me not to look when she was being born and for us to first see her together, but I couldn’t help myself and just peeked over. As they were cleaning her up, she was looking right at me. I don’t know if she could really see me because the eyes probably aren’t fully developed at that stage, but I felt like she looked right at me. It was definitely love at first sight.

Q: What can you share about your children?
A: My daughter Jamiah Lyles, 12, and me are inseparable. She’s funny, smart, athletic and likes jokes. My other two are my nephew and niece on my ex’s side. My nephew Malachi Thornton, 9, is very similar to my daughter. He loves to play sports. My niece, Saniyah Thornton, 7, is the opposite. She’s quiet, but once she gets to know you, she’ll open up.

Q: Do your niece and nephew live with you?
A: We share them between both households. The agreement came about naturally. We never had to get involved with courts. I love my kids, and she does, too, so we just agreed. And what mainly decides who gets them is our work schedules. Whenever she’s working, I’ll have them. My niece and nephew are her sister’s kids, who had them young. She needed some help, so we stepped in to help take care of them so they would not have to go into foster care. She’s now come back for her kids, but we have established such a strong bond we keep in contact and I have them throughout the week.

Q: What do they call you?
A: They call me dad. At first it was weird, because I would remind them, ‘No, I’m Uncle Cy.’ But they kept calling me dad, and now after seven years of that, I’m kind of used to it. So I know biologically they’re not my kids, but you can’t tell the difference between them and my daughter. So I feel like a dad of three.

Q: What was your relationship like with your father?
A: My relationship with my dad was very, very short. He and my mom separated when I was very young. I don’t even remember living with him. He then moved out of state. But I had a good support system growing up — uncles and my grandfather, who served as the closest male mentor figure.

Q: Is there a saying you heard growing up?
A: My mom was a strong figure. She always said, ‘A hard head makes for a soft tail.’ Sometimes I hear myself repeating that. Or just, ‘Clean up. Clean up.’ I was a messy kid, so I didn’t realize how aggravating that is until you’re now cleaning up after somebody else.

Q: What is unique about the father’s role?
A: The importance of having a father is to have someone that traveled the road you’re traveling and can give you advice on how to avoid some of the things that they may have done wrong or guide them positively … to give them a little leg up on life. Like someone that took a test before you who can give you a tip to watch out for that one trick question.

Q: What is your opinion about commonly held stereotypes about black fathers?
A: My philosophy on it is this: My dad had both parents for most of his life. So he probably didn’t recognize the importance of having a father. But I grew up without a dad. So I’m going to give it my best shot to be involved in my kids’ lives. So I feel like that may be the disconnect with some of our generations because our parents had their parents around, but they didn’t realize that was a necessary part of life for development. 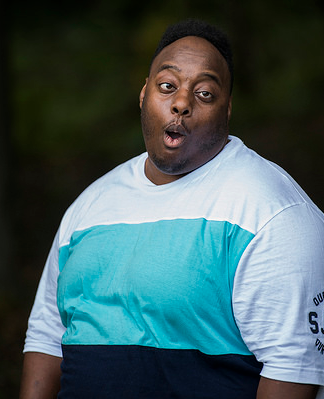 Cyrus Lyles enjoys being goofy and playing games with all his children. | Zachary Krahmer, Staff photo

Q: Are there any special moments that stand out?
A: This is something that is weird — but it’s fun. Whenever I’m taking them to school and they don’t really want to go, I’ll play music really loud in the car and have them sing along — but we’ll do our own rendition with lyrics like, ‘I’m ready to go to school …’ So by the time they make it to school, they’re all energized and motivated for the day ahead.

Q: How has your life changed as a father?
A: Having kids is like having a second childhood. I get to do the things I remember doing with my brothers — chasing each other in the park, having water balloon fights … I didn’t get to do it with my dad, so I think it’s great fun to play with them. And every holiday is special again. In my early 20s, no one really buys you anything anymore because you’re making your own money. Halloween is cool because you get to go trick or treating. Christmas is especially cool because you know what gifts they’re getting and they might think they aren’t getting something because they don’t always behave. So you get to see their excitement when they receive it. Even going to the movies and watching cartoons. Now that you have the little ones, you can go see the latest Pixar movie without feeling weird.

Q: Any advice for first-time dads?
A: Be patient. You might have an idea of how things are supposed to go, but be prepared to abandon those. Always have a Plan B. And live in the moment. Don’t be afraid to be spontaneous because those are the memories that will last a lifetime.

Q: Final thoughts?
A: Being a dad is a lot of fun. It’s a lot of work, but it’s definitely worth it. No one’s going to pat you on the back for the things you do, but knowing that you’re making your kids’ life better makes it all worth it.