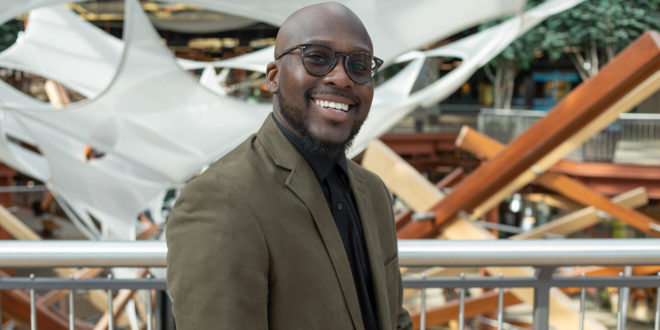 Q: How did it feel when you became a father?
A: It was the best, scariest moment of my life. I was 23 when I had him. I didn’t know what it took to be a father. It was a quick learning process, but it’s something I enjoy every day in my life.

Q: How did it feel to become a father in your early 20s?
A: It was hard. Because you have to find a balance. I’m someone who’s still growing professionally. So when I was working in Congress and was always between Syracuse and Washington, D.C., you need to have systems that will keep everything in line. His mother is also strong, so having that relationship and not looking at it as co-parenting, but as blending. Because you need to be dependent on your other half to make sure everything is in order. To ensure at the end of the day, he has everything that he needs.

Q: What can you share about your son?
A: He’s really outgoing. I always ask him “how do you know so many people?” He is a joy to have. He goes to Roberts Pre-K-8 School. He’s in the third grade. Everyone in the school loves him. He knows everyone from the principal down to the students. He doesn’t shy away from helping, or from talking. He’s really upbeat. 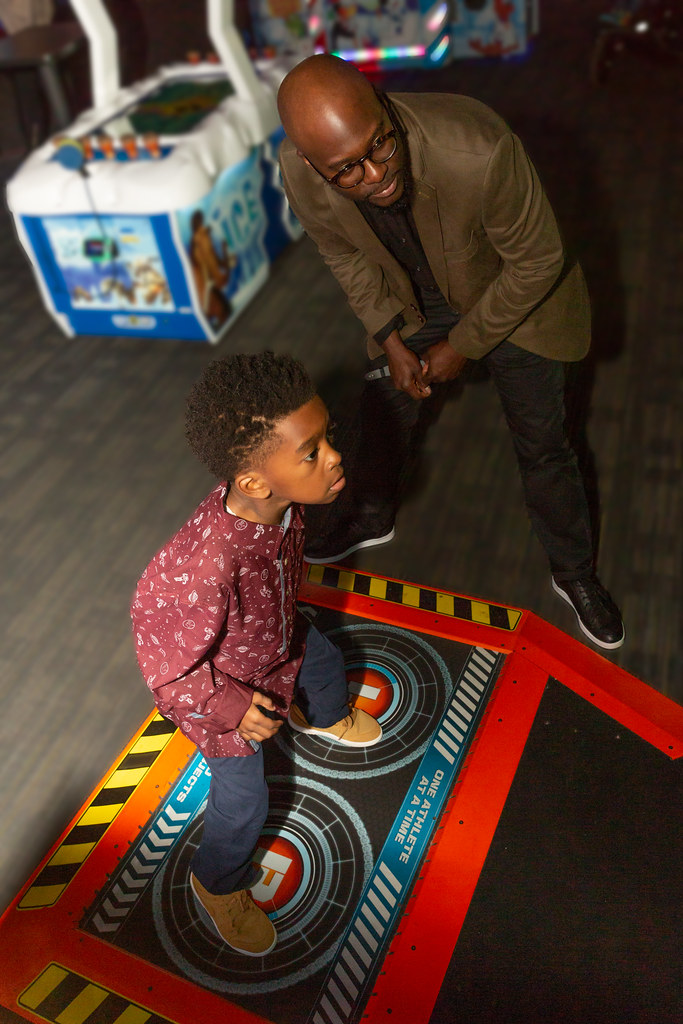 Q: How is it being Qristopher’s coach and also his father?
A: It’s hard, hard, hard! Because he doesn’t want me to be coach. He wants me to be dad. And you have to figure out ways to be forceful as a coach and enforce the rules to not show favoritism to your son. And also hold your son accountable. Getting into that groove has gotten easier. I ask one of the other coaches to interact with my son. Then we have our father-son moment to talk.

Q: What does he like aside from football?
A: He loves bowling, playing video games and animals. He loves to research on animals. We take trips out of state to go to different zoos, so he can see a wide variety.

Q: What is unique about your relationship with your son?
A: Our ability to have long conversations and be with each other as much as we want. We are always trying to find new ways to connect and bond. Whether it be watching a movie or recreating our movie snack bowl. I just want him to know that I’m someone who always wants to be there.

Q: What was your relationship like with your father?
A: I did not know my father. I depended on my uncles and my grandfather here in Syracuse. I didn’t meet my dad until I was 23. They (my uncles and grandfather) taught me what work ethic was. Everything I can do is because of them. They taught me how to become a man, how to be responsible and how to be dependable as an adult.

Q: Did your uncles and grandfather ever share advice?
A: Yes, and they also modeled it, which is the most important. There isn’t anything I learned that was bad from my uncles and my grandfather. They owned their own business well over 50 years. They woke at sun up, went to bed at sun down, and repeated it every day. They did everything they needed to do to be the role models we needed.

Q: Is there anything in your role as a father that would surprise people?
A: My commitment with Qristopher. The way I am able to be in my son’s life every day. I’m a 24/7 father. I’m involved in every aspect of his day. Whether it be getting him up in the morning to bringing him to school and everything in between.

Q: Any advice for first-time fathers?
A: It’s not going to be easy. Whatever you read in a (parenting)book is not what is going to happen when the baby comes out. You can use it as a guide. But it’s more important to become hands-on and create your own systems. And just be patient. It’s all you can do. Kids are the best I’ve ever seen, and every day is a coaching or growing moment. You have to take the punches. They’re depending on you.

Q: Final thoughts?
A: If I could sum up fatherhood in one word: joyful. I love the joy he brings to me. Whether it be his personality, interest in bowling, wanting to travel, it’s all joyful. It’s joyful for him to see me in a way that I never saw my father. And I like the way he is able to grow.