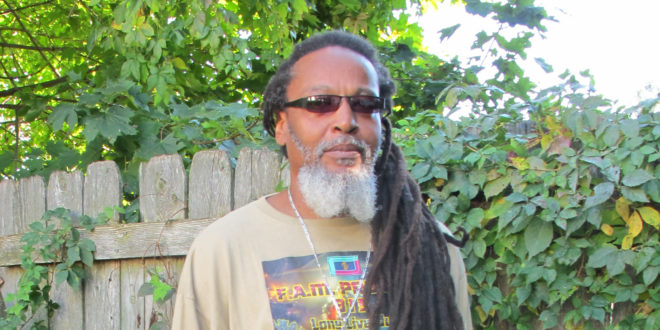 Nominated by Twiggy Billue, his wife of 30 years 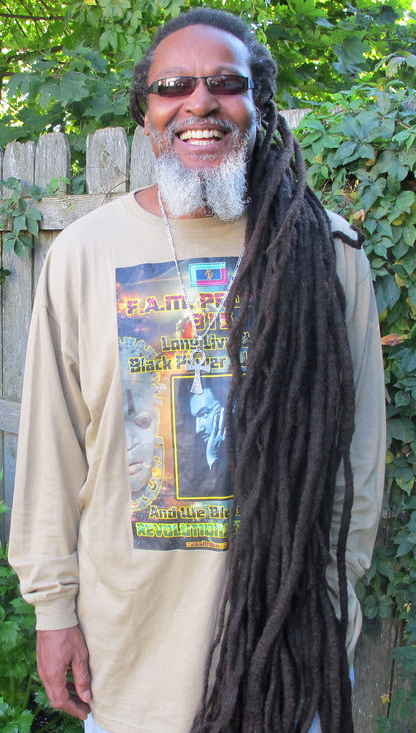 MEET FATHER Aundra: Billue, 54, who has three grown children with his wife, Twiggy. The couple married after knowing each other for eight days. | Ashley Kang, Staff photo

Q: What did it feel like when you became a father?
A: Because my wife had to have a C-section, I wasn’t able to experience the whole thing. I was in the waiting room. It was exciting but nerve-wracking because you don’t know if the baby is going to be all right. The emotion behind having your first kid is unmatched. (Holding your first born) is a sobering moment — one that brings out that emotion … when you don’t know why you’re crying. It brings you to the level of what your mother felt for you. To experience that was, in itself, a learning experience.

Q: What can you share about your three children?
A: My kids all grew up together; they were stair steps because they are about a year apart. They are alike in many ways.

Q: What can you tell me about your daughter?
A: Cimone is my oldest. She’s outspoken like her mom and very intuitive. You can see my dreadlocks and that’s part of my culture. I started them off at birth with the culture with the hair. We never used combs or hair care, but my wife would buy my daughter dolls to play with, and one day I noticed she was braiding the doll’s hair. She learned how to French braid, and when she got older, she went into cosmetology school. Still today, that’s what she does. Being around my cousins and their kids, she would see their hair braided and just picked up on it. That’s why I don’t underestimate kids. They can pick up on things and really understand the logistics of it just through perception.

Q: What about your two sons?
My first son, Addis, is different in his own way. When he was younger, he used to be fearless. But as he became older he grew more sensitive. All my kids are compassionate, but I would say he is the most compassionate. And when he sets his mind to something, because he’s an Aries, he’s gonna go with it, regardless of what you might say. He’s going to try and prove he can do it his way. The baby is Mered, and he’s a combination of me and his mother. He has that same passion that I have, especially with sports. When they were little, I’d sit them down with me and watch SU games. I’d get excited, especially when they were winning. He would be next to me and I would get louder and louder and he would start crying. It was funny to me. I’d try to get him to understand, I was just excited and the team is winning, but I’d have to console him. He did that for a while, but to see him now — he’s just like me to the core. Now I have to calm him down. It’s just funny how it evolved — from him crying to being just like me. He’s like his mother in a sense too — justice-oriented.

Q: What was your relationship like with your father?
A: I grew up fatherless and never met him in person until I was 16. To see him in stature, because he was — at that time — a big man, and I was a teen, this puny kid. He had the beard, mustache and was very dark in complexion. I was in awe.

Q: What does it mean to be a father figure?
A: The role you play is very important. Even the role with other kids. We’ve been living here 27 years. I’ve watched the kids here grow up. And then to see them come back and tell you how much they appreciate you for what you did … I don’t think I did anything spectacular. But to think back on it and hear them say, ‘You helped me so much and I didn’t know how to explain or show it when I was a kid, but I want to thank you now.’ Knowing that I was a factor in their success, … the impression we have on the kids is more than what we realize. You don’t think that little simple things like going to a track meet, basketball game or inviting your kids’ friends over and making them feel comfortable, that really impacts a kid and their development. So when they come back and out of the blue tell me those things changed their life, it is unbelievable because I don’t look at myself as a life-changer.

Q: Any advice for first-time dads?
A: When you know that you’re going to have a kid, make sure you’re committed. It’s a lifetime obligation — regardless if you make it with the mother or not. Make sure that you are always there in their lives for guidance and protection. You have to have a lifetime commitment to that kid. I would tell a new father they have to be committed and be prepared for the challenges that come with bringing a life into this world.

Q: What has been a favorite moment?
A: Birthdays are big for us. That’s like a tradition for me and my wife because that’s the day they were born into this world, and because of that, we cherish those days. So we’re extra nice on their birthdays. We don’t celebrate Christmas, but always celebrate their birthdays, and in a way that was good because it made it individualized. On that day, they get all their gifts, the love and compassion and know that it was all for them.