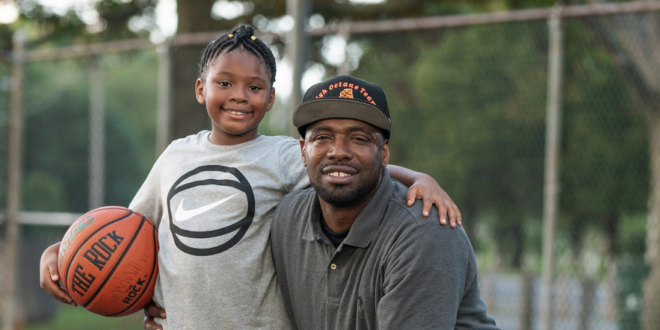 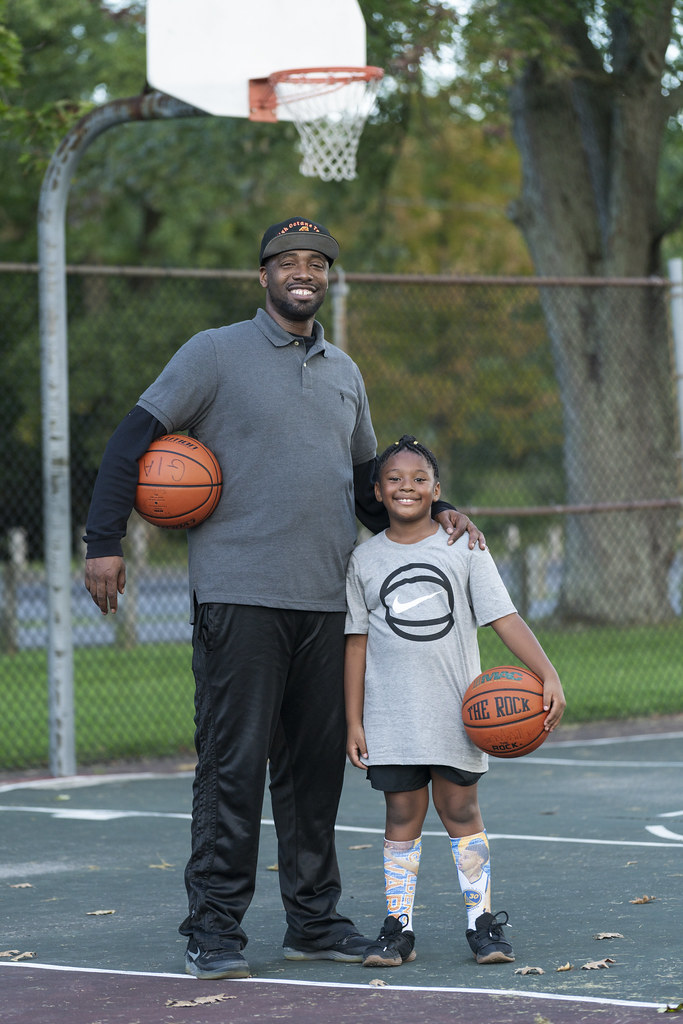 Q: What did it feel like when you became a father?
A. I always wanted to be a dad. That was the No. 1 goal. Her mother and I were together for 10 years. When I found out she was pregnant, I was ecstatic. I always used to talk about how the kid would become a basketball player, how we’d train them or whatnot. I was overjoyed. She and I spend so much time together. And it was a great feeling.

Q. What can you share about your daughter?
A. Gia is a very outgoing. She’s not shy of anything. She’s a little shy of pictures. But besides that, she’s hardworking. That’s one thing that amazes me about her. I always knew it was instilled in her, because I don’t need to tell her to workout, she wants to do that on her own. Her dream is to go into the Women’s National Basketball Association.

Q. How long has she been training?
A. For a year and a half.

Q. What does a workout with Gia look like?
A. We do a lot of dribbling in the beginning. We do a little conditioning too, play one-on-one. We try to work out for an hour and a half to two hours. During the school year, we try to do three times a week. During the summer, we try to go every day. Like I said, we put school first. We do homework together, and I try to help her as much as I can. Then when that’s done, we go play basketball. Then she gets her Fortnite in. She can’t forget her cousin, too. She’s always babysitting.

Q. What was your relationship like with your father?
A. It was great and still is to this day. He was always there in my life. He was on the road a lot because he was an NBA referee. So he was always out of town. There were times I didn’t see him for weeks on end, but I knew it was his job. Even if he was out of town, he’d send things over; he would call. The way he treated us was passed down. (All my siblings and I) treat our kids great.

Q. How many siblings do you have?
A. I have five brothers, and one sister that passed away. All my brothers play basketball. Everyone in the community knows who we are. You hear the name Kinsey, and it’s something with basketball. My father was already recognized for what he did, and then he had kids that were coming up in high school playing basketball.

Q. Did your dad share advice that stuck with you?
A. My dad always told us to never be followers. He wanted us to have our own mind rather than follow what other people said. He was away from October to June, then he would be home from June to September. He also always wanted us to be smart with our money. He’s very much like a financial advisor. He’s always on about the stock market. He let us be kids, but he always told us to never be a follower. 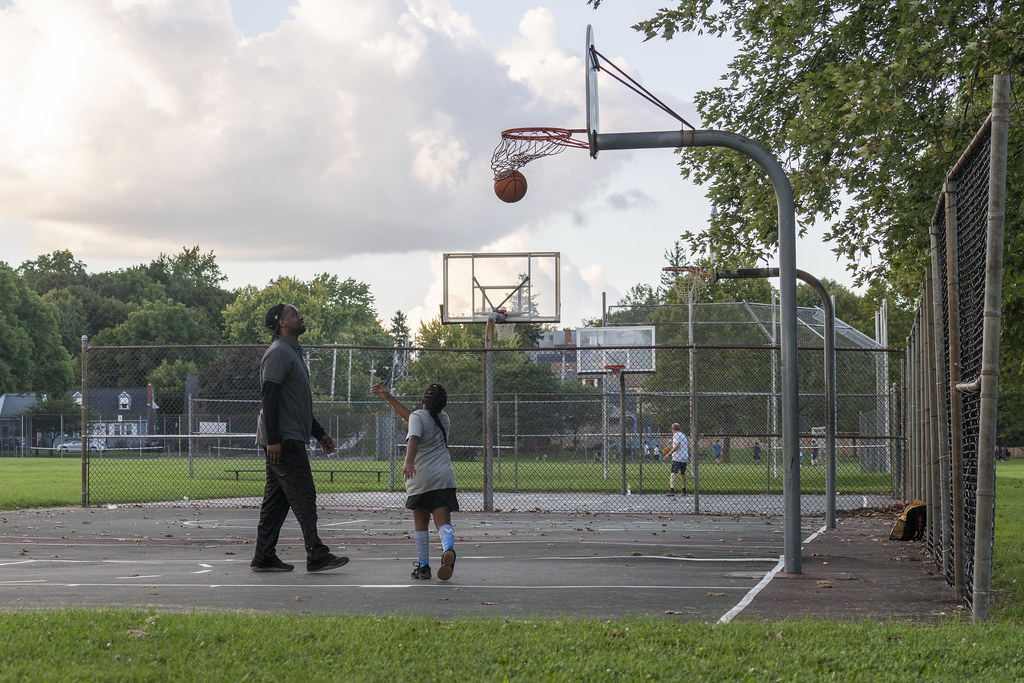 Q. As a father, is there anything that you would do that would surprise people?
A. I would say all the time she and I spend together. A lot of people say I’m always with my daughter. I get that from women a lot, but I always do have her all the time.

Q. What is unique about your relationship?
A. As far as me having her, she is very overprotective of me, and I’m overprotective of her. Our bond is so tight. We do everything together. I’m her security blanket. Whenever she feels like she needs a shoulder to lean on or she feels threatened, she calls me. The other day, she had nightmares, and she was scared to sleep in her room. And this was at her mom’s house. She called me at midnight, and I brought her back to my house.

Q. Any advice for first-time dads?
A. To be yourself, and make fatherhood your top priority. Show them the love, care and time. And just embrace everything — soak in every moment. All that time is something you can’t get back. Next thing you know, they’re 12 or 18. Then they’re out of the house and doing their own thing. Just try to spend quality time with them. Be patient, and try to work things out with the mother too.

Q. Final thoughts?
A. Time is the main thing. You have to show them while they’re young. Not necessarily money. That’s the most important thing between a father and his kid. I believe that the stereotype against black fathers — it’s gotten a lot better from when I was a child or growing up. And I think we just need to ease up on how we think. There’s a lot of great black fathers out there.