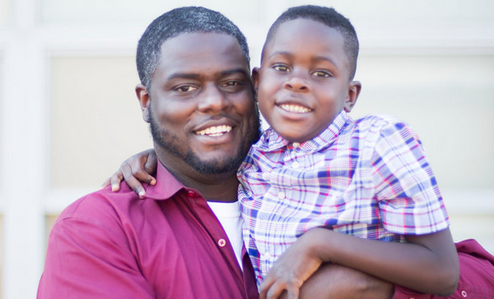 Q: What did it feel like when you became a father?
A: It was the best feeling of my life. I always asked God if I could have my first child before I turned 30. I had my son when I was 27. He came right when I wanted him. He’s everything to me. 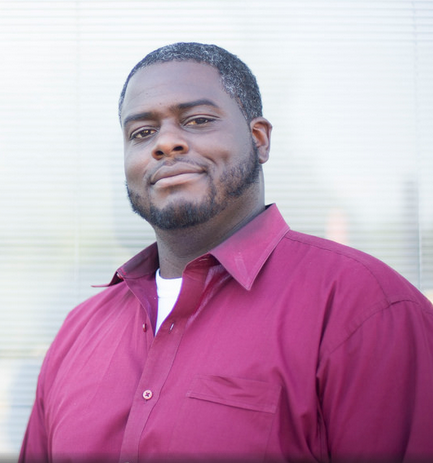 MEET FATHER ANTWAUN: Dixon, 34, works as a math teacher at the district’s Middle School Alternative Program at Shea while also completing his doctorate in educational leadership at Syracuse University. | Photo by Jingyu Wan

Q: What can you share about your son?
A: It’s ironic. He looks just like me and is named Antwaun Dixon II but acts just like his mother. I’m really quiet and calm, and his mother is animated and active. He attends Syracuse Latin School, plays Pop Warner football and is very intelligent. Some of his statements can be a little sarcastic, and I can be that way, too. We both like to laugh and play. He’s a great guy.

Q: What was your relationship like with your father and what similarities and differences do you share?
A: My father was busy. He had a lot going on so I couldn’t get a chance to see him as much as I would have liked. Similarities, he really expressed to me the things that it took to be a man. He wanted to make sure that I understood that sometimes, in particular with being a black male, that there are going to be hardships that I will need to overcome. Reminding me that I have to stay hard enough to deal with all of them, all the insecurities and all the obstructions that come up against you. Differences, even though I have a very busy schedule, I do everything that I can to make everything that my son does. He plays football. I try and make every practice and every game. If he wins awards at school, I try and make those presentations.

Q: Why are fathers important?
A: To set the groundwork and the framework — not so much just for being a man — but for being a good human being and a good citizen. Mothers do a lot with that, too, but it takes a man to raise a man. In order for him to endure some of the things that he’s going to have to deal with — and in particular being a black man — he’s going to have to see somebody overcome those obstacles.

Q: What priorities do you hold for your son?
A: I live by two things. Take care of home first. You always make sure friends and family, you’re helping them. The other is follow the Golden Rule. Treat others like you want to be treated. Always making sure you give people the respect they deserve, to in return get respect. And if you don’t, to do your best to turn the other cheek and learn from it.

Q: As a father, is there anything you do that would surprise people?
A: I’m pretty transparent. I do the typical things. Play, wrestle, watch cartoons. I’m a goofball. Without a doubt, you could say my wife has two kids. But she joins in the fun, too. 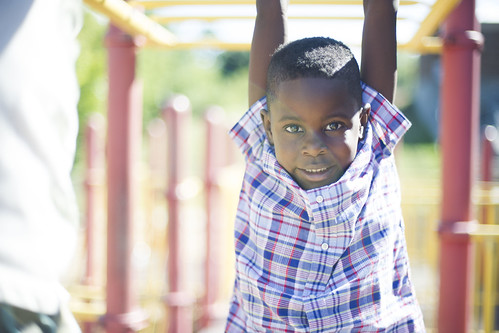 Q: Any advice for other dads?
A: Sometimes it’s a struggle but the best bet is that all your decisions should be made with the thought of ‘how is this helping out my family.’ Sometimes I may look at something that I want, but I understand that their needs trump my wants. If you think about every decision you make with your family’s best interest in mind, then you’ll be OK.

Q: What is a favorite moment you’ve shared with your son?
A: This summer we went to Disney World. We had a special time as a family, and it was his first chance to ride some of the rides. Seeing the look on his face and his excitement for being tall enough to ride. It was great.

Q: Final thoughts?
A: I appreciate this. When you work hard as a father and then get that noticed, it feels good. There’s a lot of effort and energy that goes into it and to hear my family say thank you or have it recognized is a blessing.