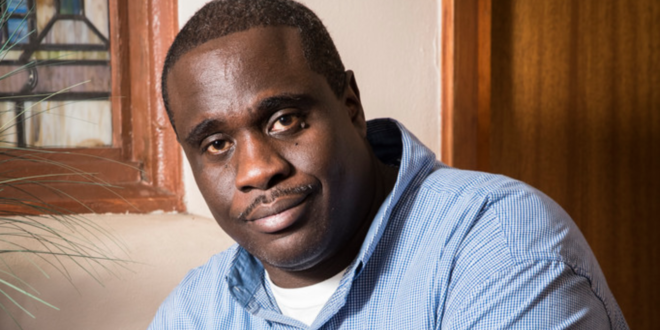 Q: What did it feel like when you became a father?
A: It was different. I had a lot of adjusting to do. When you’re used to doing things on the fly … all of the sudden you have to think and plan. Now you have a kid, you can’t just jump up and go and do what you want to do. So, I had to learn some patience. 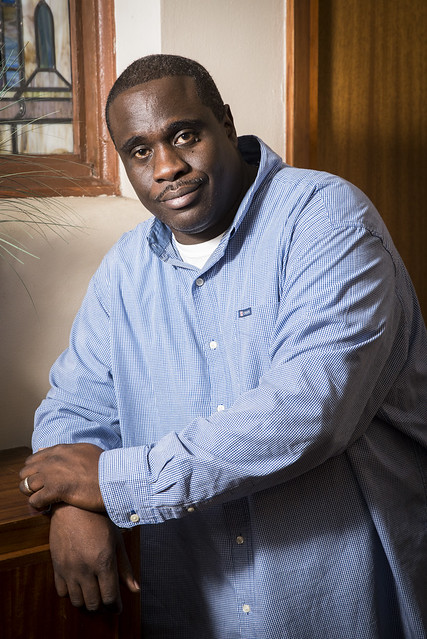 Q: What can you share about your children?
A: I have one biological son and another through marriage. Both are very laid-back boys and neither gets into trouble. Malik Wright, 20, is a sportsaholic, and Koby Rivers, 19, is a girlaholic. They both work and enjoy going out with their friends, playing video games and the typical teenage stuff. And I’m fine with that, as long as they are staying out of trouble.

Q: What was your relationship like with your father?
A: It was awesome. I had both of my parents in my household. I hung out with my dad a lot, especially as a kid. A lot of the things that my dad was into, I liked, too. He was very outgoing, always fixing stuff and enjoyed fishing. So, I did those things, too. I would fix stuff and go fishing with him all the time. He passed away in February. He loved my son. I’d tell him, ‘Dad, I would never get away with this or that when I was younger.’ But when it was his grandson, he’d let him get away with so much. He spoiled him to death.

Q: Is there a saying you remember hearing him say?
A: He had one saying he’d say all the time: ‘Keep on living.’ It was his favorite saying, and I didn’t know what it meant when I was younger, but I figured it out when I got older. Like sometimes I would say, ‘Come on Dad, it’s not that expensive, you can buy it for me.’ And he’d respond, ‘Keep on living.’ Or I’d say, ‘Dad, you’re moving too slow.’ He’d say, ‘Keep on living.’ I’ll catch myself saying it every now and then and just start laughing.

Q: What is your opinion about the stereotype for black fathers?
A: It’s funny you say that. I put a post on Facebook recently concerning that because there is a stereotype that black fathers are absentee dads. But being a barber, I see so many dads who do spend time with their kids — bringing them into the barbershop, but also I see them throughout the community spending time with their kids. So, that stereotype does bother me. Even growing up, the majority of guys I hung out with had both parents. I think the portrayal of such a stereotype in the media is unfair. I know some that grew up without their father, but the portrayal that only black dads are absent is unfair because I know several people that grew up that way who had Caucasian fathers, etc.

Q: What do you do to combat this?
A: To address this, I run a mentoring program for males 8 to 18. It’s called Project 360 Impact. This is the second year I’ve been running it, and it’s doing quite well. We have a great group of boys, and they are having a ball. We meet every Monday at 6 p.m., and my highlight for running this program has been the response from parents. We held an open house back in September, and a couple of the parents stood up and spoke. Just hearing their testimony about how their child has grown while being in this program was the best part for me. … We talk about everything — bullying, banking, how to tie a tie, go in for a job interview. We’re big on think first — that’s more so in the lines of, if you’re with a couple of guys and they say something to the effect of making a plan to commit a crime, then you need to think before you go any further with them or jump into a car with them. We want the boys to consider the consequences of their actions.

Q: Any advice for first-time dads?
A: You have to have patience and need to be supportive. I have a saying in life: ‘We are all put on this earth for a purpose.’ And I believe any man that doesn’t want to positively give back to society is simply not a man. It doesn’t have to be monetarily, it can just be helping out.

Q: What was the best piece of advice you gave your son?
A: Be careful who you hang with. That has kept him out of a lot of trouble. My father never told me who I couldn’t hang with, but he always told me you need to watch so-and-so and be careful around him … maybe it’s not a good idea that you be around him, but if you do it’s your choice. And down the road, I’d see that he’d always be right. So, that is the same advice I pass on to my son.