Q: What did it feel like when you learned you would become a father?
A: I was in the military and had a duty assignment in a suburb of Detroit. I was an advisor to the 70th Infantry Division on training. My wife would usually have breakfast in the morning and on this day things just weren’t right. She got sick by the smell of bacon. I had a conference to attend, and she was uneasy driving to the airport. When I got to the conference and was sitting with a colleague, I said, ‘You know what, I think my wife’s pregnant.’ I called my sister, who is a nurse, and was running some data by her. She said, ‘Yep, your wife is pregnant. She’s gonna have a baby around September.’ He was born Sept. 26.

Q: How did it feel being a father?
A: Challenging and exciting. You know that you have to provide clothing for them, have to feed them, guide them, but no one ever told me how nervous you get during the Christmas pageant before they say their first line. You’re in the audience, mouthing the words with them. Or when they play sports … I would be nervous, it was intense. As I reflect back, no one ever prepared me for those moments. 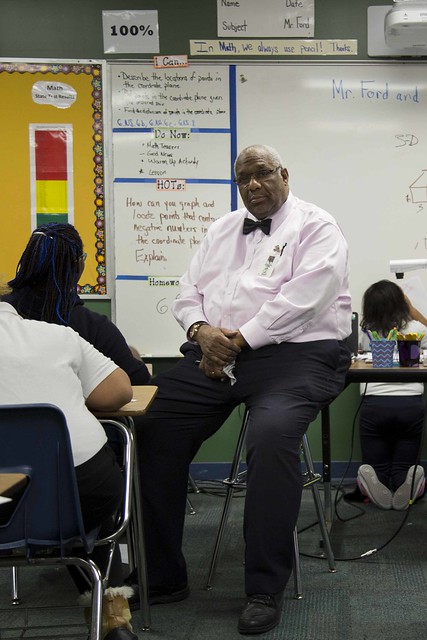 Q: What can you share about your two sons?
A: Stanley is the oldest, and he is a high school teacher in Baltimore teaching 11th grade social studies. Joshua, my youngest, is 29 and is a goalkeeper coach for the Seattle Sounders Soccer Academy after retiring from being a professional soccer player.

Q: What was your relationship like with your father?
A: Like many during that time, he worked a couple different jobs to provide for the family. I had one brother and three sisters. He taught me how to throw a baseball. How to tie my ties. He was a role model by being a hard worker, responsible and accountable to his family. I learned that from him, and for that I am truly grateful. I just wanted to tweak it a little bit, where I could get an education so I could get a job where I wouldn’t have to work two jobs to care for my family. Because I wanted to spend that time with my family. He would leave early in the morning to work in a foundry, and then he was also a custodian at a synagogue. Sundays were big days for our family to sit down to dinner all together, and Saturdays I would spend time with him cutting the grass or working on home repairs. One time we worked to remodel the basement, and I got to spend quality time with him. That experience led to me learning numbers because he let me measure as he would build.

Q: What is unique about the father’s role?
A: It’s so special. Women are the backbone of the family, but we need to do more, give more to get more. Get more what? Get more special moments with our family. With the way things are going with social media, etc., I can keep in touch with my sons, but to know that it’s more to being a dad than just having kids. You got to work with your children and develop your children so they become productive members of society and just good people.

Q: As a father, is there anything that you do that would surprise people?
A: I text them daily. Every morning ‘good morning’ and every night ‘good night’ because I want them to know how much they mean to me. Even though they are not here, I want to have that relationship with them. Except Friday nights. Friday mornings I text them, but then I don’t text them again until Sunday night. I don’t want them to be out and get a … (text) at 9:30 at the bar and their friends or date asks, ‘Who’s that?’ But now everyone knows it’s their dad and then they tell them to tell me hi. 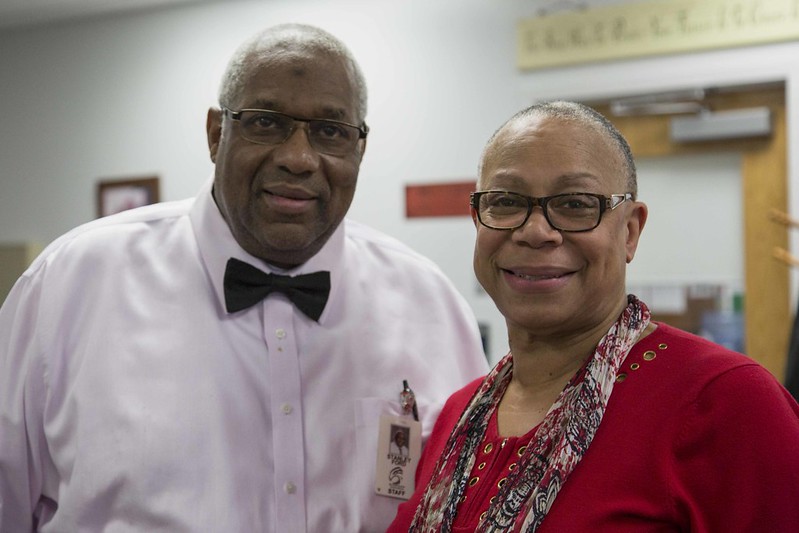 Stanley with his wife Debra Ford, who works as an office administrator at the same school where he teaches. The pair has been married for 37 years. | Dominique Hildebrand, Staff photo

Q: What is your opinion about commonly held stereotypes about black fathers?
A: I want to eradicate that stereotype that men of color just have kids and are not responsible. As a teacher, I see dads involved. The dads come for parent-teacher conferences. We just had a health and wellness fair, and dads came out. I see them, and their involvement is working to change those stereotypes that exist. And just seeing the dads come on the first day of school and how their faces beam because that’s their child. The pride they have in their children. I think that sometimes goes unnoticed, but I see it.

Q: Any advice for first-time dads?
A: I know that there will be times when you feel, ‘These kids are getting on my last nerve.’ But I tell other dads to enjoy this time while you’ve got it because it races. Now we have the emptiness in the house. I once complained to my neighbor about my grass because there were worn spots, but he told me, ‘You’ve got kids, and you know where they are because there’s evidence of where they play.’ And now I have grass in my backyard, but I think back, and I was happier when I had those dead spots.

Q: Any final thoughts?
A: I sometimes feel African-American dads don’t get enough credit for spending time with our children. Fathers that are doing what they are supposed to do are just really doing what they should be doing. There’s no accolades with that. It’s all part of the job. So I’m surprised to be in this position, and I thank Mr. (Anton) Ninno for the nomination. He has been here a long time and has seen my kids grow up. In reflection, it seems somebody did notice that I was trying to be a good dad, and that just happened to be Mr. Ninno and for that I truly thank him.

Q: Is there a saying you have?
A: I used to tell my sons: ‘You have to work twice as hard to go half as far.’ That’s just the way it is. It’s not fair. And when my youngest got drafted to the professional team in Seattle, we didn’t see him again until Christmas. When he came back to visit, I was trying to be funny and just asked him, ‘You have a tattoo now?’ And he said, ‘Yes, you need to sit down.’ He takes off his shirt and across his chest is “work twice as hard to go half as far.” He said he put that phrase there because it meant a lot to him. I said, ‘Man, if I knew you’d go and do that, I would have stolen the Nike slogan and told you just do it.’ So we must continue to be positive role models because we never know what our kids will pick up along the way and just what they are going to embrace that means the most to them.

Hear from one of Ford’s sons: