Women who served as true story behind the Hollywood motion picture “A League of Their Own” will reunite, possibly for the last time, this Saturday in Syracuse

This year marks the 20th anniversary of the movie “A League of Their Own,” a story about how women’s baseball surged during the 1940s while men were fighting over in World War II. And while the movie was a box office hit with an A-list cast like Tom Hanks, Geena Davis and Madonna—it was the story about these revolutionary women that reinforced the idea that baseball could be a woman’s sport as well. 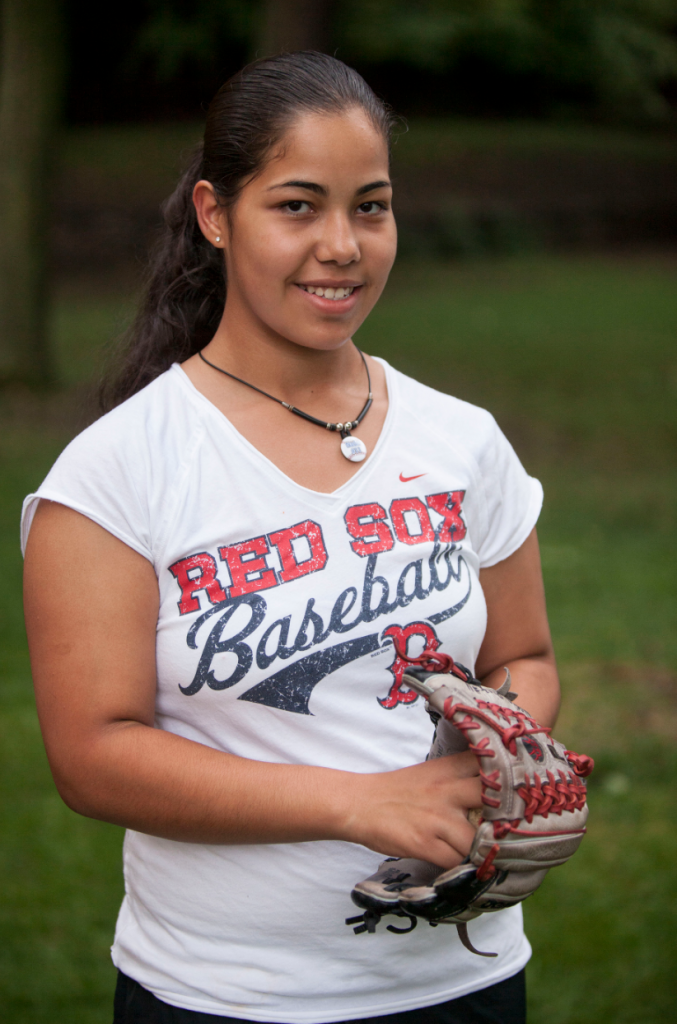 With the AAGPBL reunion taking place in different parts of the country every year, this reunion is extra special given that local 12-year-old, and rising baseball star Nadia Diaz, has been asked to throw the first pitch. When asked about what it means to be among such notable women within the baseball world, Diaz notes that even she is feeling pre-game jitters.

“I’m kind of nervous because they’re really good,” Diaz said about the women. “I want to throw a strike.”

On Saturday, Sept. 22, Diaz and more than 50 of these former players will sign autographs from 10 to 11:30 a.m. at Syracuse’s Alliance Bank Stadium. Following the autographs, a softball game will be held with members of the AAGPBL Players’ Association against a local women’s softball team, Wings Over Syracuse, coached by Tony Wade.

Many of the former AAGPBL players (now ages 75+) will have a part in the game.

The coaches will be Maybelle Blair and Shirley Burkovich. Dolly Konwinski will be home plate umpire. Corky Carl, South Bend Blue Sox bat girl from 1945-50, will be one of the bat girls. Others will be base coaches, bat girls and hecklers. Tim Wiles, Director of the Research Library at the Baseball Hall of Fame, will be the announcer for the day. He is an expert on the AAGPBL and will be teaching the crowd about the league while calling the plays.

Two cast members from the movie, Patti Pelton (Marbleann Wilkenson) and Megan Cavanagh (Marla Hooch) have also confirmed that they will be in attendance

Shelley McCann, this year’s AAGPBL chairperson and reason behind Syracuse as the chosen city, notes that the reunion is always sentimental because the women genuinely love to see one another.

“It’s very sweet not only for them but for people like me who grew up loving baseball,” McCann said. “These women love sharing their stories. And for who grew up always wanting to play, there is no book or movie that compares to hearing the stories straight from them.”

Given that some of the women have passed on and others are becoming older, this could potentially be the last time the public is able to see the women behind the film together again.

“We never know who’s not going to make it,” McCann said. And although she says it’s a sad thing to come to terms with, she hopes that it will encourage people to come out and witness such an extraordinary and monumental celebration.

Jason Purdy, a coach for the local Southside American Little League, agrees with McCann and hopes that the events will resonate with some of the young girls who are beginning to discover baseball.

“It will not only help inspire them but get the word out about girls’ baseball.”

McCann also hopes that the celebration will resonate with young girls and let them know to never give up.

With the 20th anniversary of the film coinciding with this year’s reunion, major companies and organizations like Sony, CBS and the Baseball Hall of Fame are pulling out all the stops to ensure this year is especially memorable.

McCann said that footage will be shot throughout this week’s events and that CBS will compile the footage into a commercial that is set to air on their Sunday morning show during the upcoming World Series. McCann also noted that the Hall of Fame has been incredibly helpful and willing.

“They’ve pulled out all of their items so that the ladies can see,” McCann said.

Oct. 16, Sony will release a 20th Anniversary Special Edition Blu-Ray that will include previously unseen footage and other exclusive features.

Saturday, a silent auction will also be held featuring unique AAGPBL and “A League of Their Own” memorabilia. Tickets are $5 at the gate. Children 10 and younger will be let in free. There will be no charge for parking. Proceeds from the event go towards reunion expenses. All the latest about the game and the auction will be posted on http://www.facebook.com/aagpbl. For more information, visit http://www.aagpbl.org.

Read more about Nadia Diaz, local South Side Little League Star who struck out 19 batters during a game this past June, in the next print issue’s South Side Achiever Column when it is released Oct. 6 .