One Million Hoodies, Three Women, One Cause

Three organize a ‘1,000,000 Hoodie March for Trayvon Martin’ this Friday

Ashley Miller of Clay never thought twice about putting a hoodie on her 3-year-old son, Daquan. A hoodie, she thought, is nothing more than a jacket with a hood — a piece of clothing to keep her son warm.

Her thoughts changed in the wake of the death of a Black teenager who was shot and killed while wearing a hoodie.

For Ashley and friends Ciarah Richardson of North Syracuse, and Yaschia Kinsey of Syracuse, the hoodie is now a symbol for a cause, a symbol for social justice.

They have formed a group called “Three Women for a Cause” and have organized a “1,000,000 Hoodie March for Trayvon Martin” to draw awareness to the problem of violence, particularly in Syracuse.

The march will take place from 6:30 to 8:30 p.m. Friday, March 30, starting at Armory Square on the corner of Jefferson and Clinton streets. The final destination is Clinton Square.

The three women have garnered support from the Syracuse Police Department and the Syracuse Common Council. Your support is the final piece of the puzzle. All you have to do is don a hoodie and march for the cause. 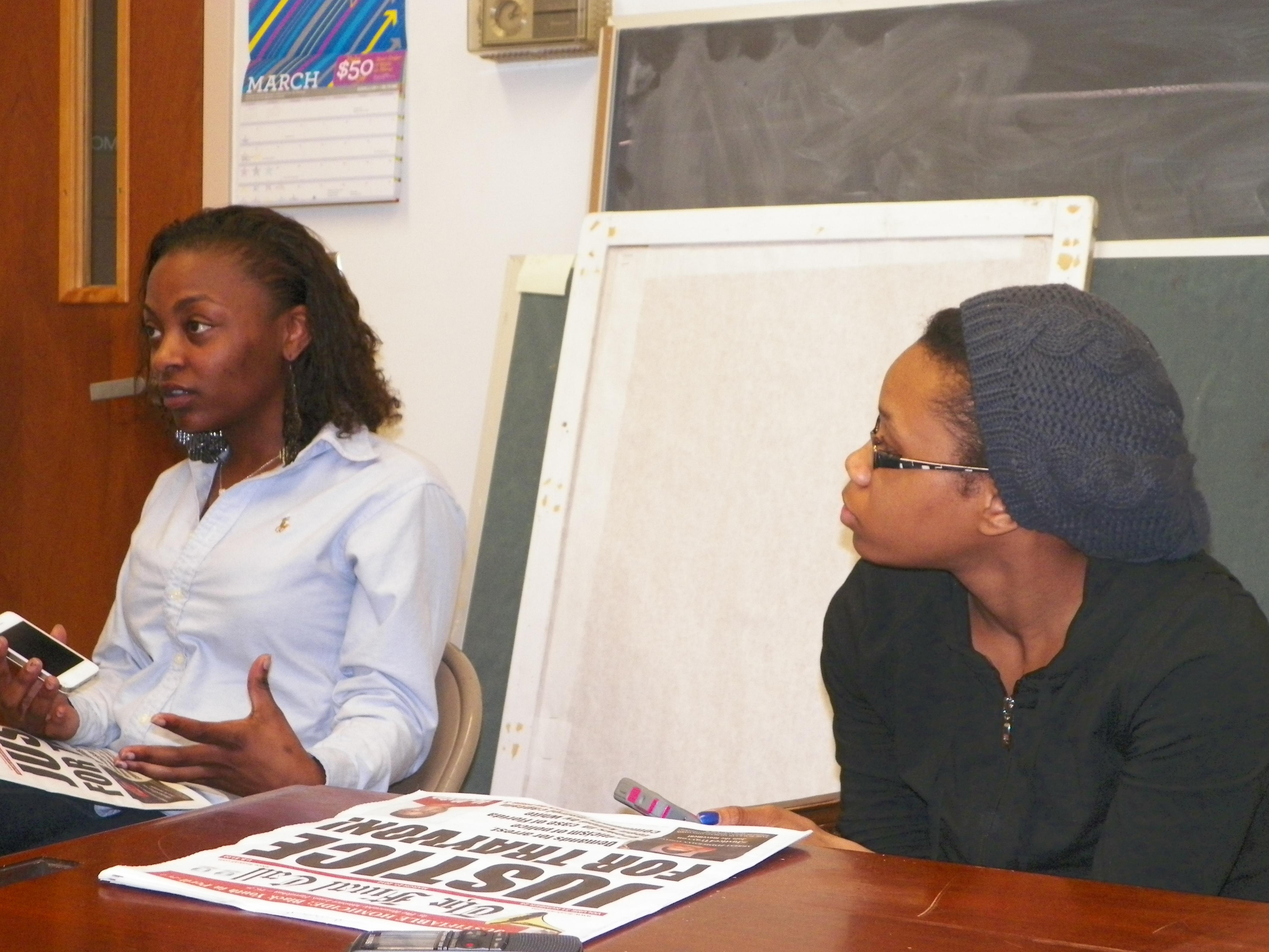 “I think first and foremost, we need to spread awareness to the injustice that is going around. We can’t prevent it unless we spread awareness,” Miller said during an interview at the Focusing Our Resources for Community Enlightenment headquarters. “We don’t want it to be just a Black thing. I have had both Black and white people reach out to me. It’s an American thing — that’s the bigger part of it. It’s injustice in America. All Americans should be outraged by this [injustice].”

Trayvon Martin, a 17-year-old high school student from Sanford, Fla., had gone to the store. On Martin’s return home, George Zimmerman, a Neighborhood Watch volunteer, followed, approached and shot him. Zimmerman claims it was in self-defense. He has not been arrested, which has sparked outcries, protests and demands for his arrest.

The story of his shooting is growing rapidly across social media sites and is attracting growing support. Small rallies are taking place all over the country. Miller and Richardson posted their rally on Facebook around 6 p.m. last Friday. News of the pair’s event spread. Within 48 hours, they had more than 400 supporters.

Miller and Richardson soon realized that the event is bigger than the two of them, so they posted a call for help on Facebook. Kinsey answered that call, and “Three Women for A Cause” was born.

“When I saw that there was this event … and there were people like these two amazing young ladies … I said anything that I can do to facilitate this, I am going to do.” Kinsey said. “I think that it is very important that we come together as one to get it done.”

Sharif Anael Bey, Chief Instructor of the Syracuse Kung Fu School, reached out to “Three Women for a Cause” and offered the support of the SKF Tactical Security Team. He immediately put them in touch with 4th District Councilor Khalid Bey who opened the door for them to present their proposal to the Syracuse Common Council. This led to the backing of Common Council President Van Robinson.

The team also has the support of Chief Frank Fowler of the Syracuse Police Department as well as Minister Mark Muhammad, the Syracuse Representative of the Honorable Minister Louis Farrakhan.

But most importantly, they need the backing of the community.

“A lot of people are asking: What can I do? I just ask you all please continue to spread the word throughout the community and beyond,” Miller said.

The organizers want to engage the community in a peaceful demonstration and show of unity like the Million Man March, which occurred on the National Mall in Washington, D.C. Oct, 16, 1995.

According to a Facebook posting by Sharif Bey, organizers insist that there be absolutely no signs at the march. This mandate will be enforced by the Syracuse Police Department with the assistance of the SKF Tactical Solutions Team.

“We want a silent march. We don’t want anyone chanting anything … that would be the best solution to keeping everything peaceful,” Richardson said. “We want people from all different walks of life, walking … for unity, for equality, for peace and for love.”