The headlines are all-too-familiar:  “Two Women, Man Shot on Syracuse’s East Side,” “Two Injured in Syracuse Shooting” and “Violent 90 Minutes in Syracuse.”

“The chances of being a victim of a violent crime in Syracuse are 1 in 111 as compared to the State of New York, 1 in 255,” according to Neighborhood Scout, a website providing data on U.S. cities. In addition, the site reports “Syracuse has one of the higher murder rates in the nation.”

The city is figuratively and literally up in arms.  The focal point of discussion in barbershops, at hair salons and on the job is on how to stem the tide of violence.

Believing that “change needs action,” Mia Burse, owner of Mia Burse Photography, went on the offensive.  She opened the doors of her photography studio for free to anyone willing to take a photo and make a statement on how they felt about violence in Syracuse and the Trayvon Martin case. 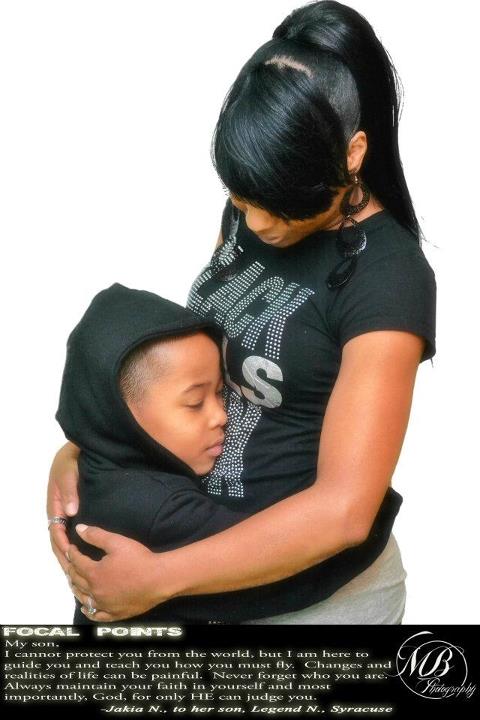 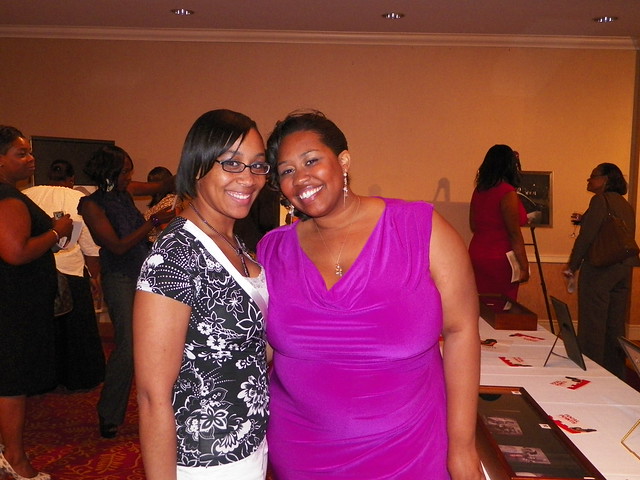 Mia Burse, right, and her sister poses for a photo during "Focal Points" opening reception.

Armed with her camera, Mia took aim at the issues of violence, injustice and racism. Around this same time, “3 Women 4 a Cause” was organizing the local “1 Million Hoodie March.” Mia lent her support to the cause by volunteering to capture images of the march, which was held March 30 in Syracuse.

The converging of these events led to her creation of “Focal Points: A Community-based Photography Project Responding to the Trayvon Martin Case.”

“’Focal Points’ is a collection of both color and black and white photography, which documents everyday citizens of the City of Syracuse, their thoughts, and their photographic interpretations on violence, injustice and/or racism in America,” she said during the opening reception for the exhibit held May 31 at the Crowne Plaza.

“My role in organizing the exhibit was to get the musicians, food, press releases and all the other things besides the photography,” she said.  “Every event you do, there is a part of yourself that you have to give.”

You could feel the energy and excitement as the audience watched in anticipation as the Crown Plaza staff pulled back the folding partition to unveil the exhibit.

It took approximately five minutes to unveil the photos, but I’m sure that all would agree that it was worth the wait. The audience was captivated by the peaceful images that spoke that appeared to speak forcefully against violence.

“The pictures are so powerful, said Melody Holmes, community activist. “I think that everyone should go to see the exhibit when it opens at the Community Folk Art Center.”

The exhibit will be on display at the Community Folk Art Center, 805 E. Genesee St., from June 2nd to 30th.  The center also plays host to other photo and art collections.

“I am humbled by the positive responses from the Syracuse community to this exhibit,” Mia said. “It is my hope that through the ‘Focal Points’ exhibit, that people are inspired to continue conversing with each other about injustice, racism and violence, with the goal of informing, educating, and stimulating positive, proactive actions in the communities in which we live and serve.” 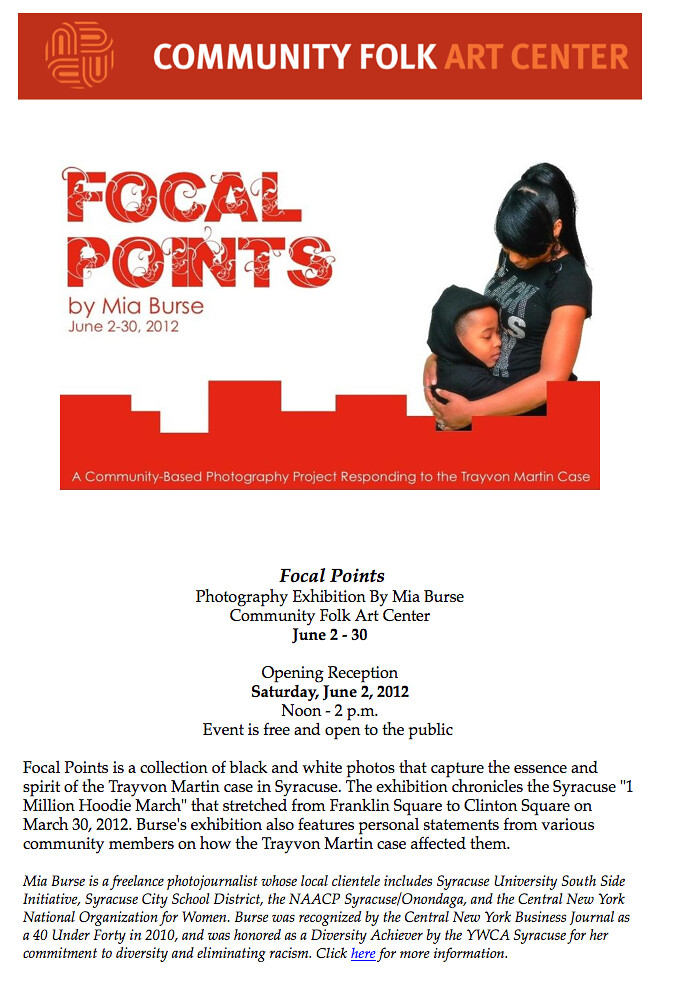