On Nov. 16 the city of Syracuse got an highly unusual taste of aristocracy when His Royal Highness Prince Sultan bin Salman bin Abdulaziz Al Saud visited the Salt City to receive Syracuse University’s Chancellor’s Medal for Outstanding Achievement. Prince Sultan is the second son of Crown Prince Salman bin Abdulaziz Al Saud, head of Saudi Arabia’s Ministry of Defense and next in line to the throne.

It took a little more than two years for Syracuse to get a blue blood sighting. The previous one was on Nov. 8, 2010, when His Royal Highness Prince Turki bin Faisal Al Saud, who served for 25 years as chief of Saudia Arabia’s notorious spook outfit Al Mukhabarat Al A’amah, or General Intelligence Directorate, came to SU to give a lecture on the history of this Arab kingdom.

Fortunately, now Syracusans won’t have to wait much longer to get their next fill of a royal appearance.

It has been announced in the local press that this December Boots Riley, an African-American musician who is front man of the Coup, will be stopping in Syracuse. 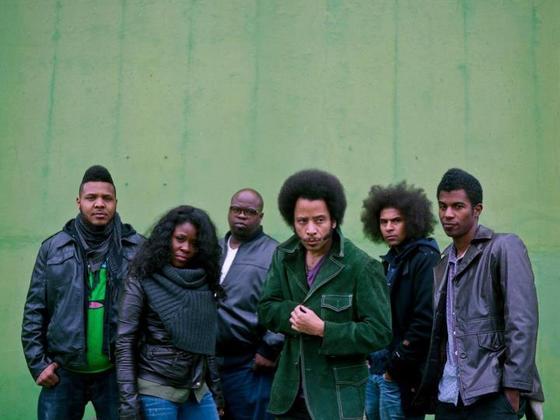 According to an article in The New York Times Magazine, “Riley is radical royalty, which in hard-left circles helps offset the somewhat credibility-undermining fact that he’s also a legitimate hip-hop star, albeit one with a mostly cult following.” The article adds that “Riley is a rapper and activist who doesn’t want to see capitalism reformed, he wants to see it toppled.” It quotes Riley as saying that his “lyrics are talking about the people being able to express their power and control their environment.”

It appears that, if in fact Riley maintains his perch among the royal elite, he stands, in stark contrast, at the other end of the political spectrum when compared to the prestigious royals associated with the Saudi feudal monarchy, who honored Syracuse with their presence in the past two years.

The Coup hails from Oakland, California. The United States Census estimated that Oakland had a population of about 390,700 in 2010, with 28 percent being African-American, while the same source indicated that Syracuse had about 145,200 residents in that year, with African-Americans accounting for 29.5 percent.

Although the percentage of African-Americans in the general population of the two cities is similar, this similarity doesn’t translate to cover other social aspects. One of the things that sets Oakland apart from Syracuse is late in 2011 the Californian city became the epicenter of a social quake whose aftershocks reverberated throughout the United States.

This human-made quake sits among Riley’s chiefs claims to fame. He was reported as having been the author of a proposal introduced at an Occupy Oakland assembly, which called for a “General Strike and Mass Day of Action.” The proposal said, “Instead of workers going to work and students going to school, the people will converge on downtown Oakland to shut down the city. All banks and corporations should close down for the day or we will march on them,” in the account of an article published in the Workers World weekly the day after the strike.

The protest brought Oakland, the fifth-busiest port in the United States., effectively to a standstill. Measured in terms of costs inflicted to the American economy, which numbered in the millions, this was the most prominent action undertaken by the Occupy movement across America with Riley being one of the most relevant players in this action. “Riley, whose anti-capitalist views are well documented, considered the port shutdown particularly significant for organizers who targeted it in an effort to stop the ‘flow of capital,'”  in the account of a Nov. 3, 2011, report by the Associated Press published in USA Today, a day after the strike.

On Nov. 9 filmmaker Dennis Trainor, Jr. came to Syracuse to show selected clips of his documentary “American Autumn: An Occudoc”. When asked about how he reconciled the portrayal in the mainstream media of the Occupy movement as an horizontal and leaderless entity with the factual emergence of Occupy leaders such as Riley, Trainor said that “the Occupy movement is a leaderful movement, rather than a leaderless movement, and that its leaders, such as Riley, bring to the fore a definite set of skills that can contribute to the growth of the movement.”

Trainor boasts of having first-hand knowledge. The filmmaker was a observer in the Occupy Oakland assemblies at the time of the strike, he said. As the audience — made up mostly of Occupy Syracuse members — was gathered to watch his documentary at SU, Trainor told the group that he went to the Oakland assemblies to try to shoot footage for his film but he wasn’t allowed to do so by activists, possibly for concern about being identified.

The Coup’s discography includes controversial songs such as “Kill My Landlord,”  “Fat Cats, Bigga Fish,” “Pimps (Free Stylin’ at the Fortune 500 Club),” “5 Million Ways to Kill a C.E.O.,” “Bullets and Love,” “My Favorite Mutiny,” “Baby Let’s Have A Baby Before Bush Do Somethin’ Crazy,” “My Murder, My Love” and “The Stand.”

His Royal Highness Boots Riley is scheduled to perform at 9 p.m. Dec. 4 at the Westcott Theater at 524 Westcott St. Ticket prices are $15-$18.

— Article by Miguel Balbuena, Community Correspondent for The Stand