Taking a rain check, the celebration of Father’s Day hosted by Syracuse Housing Authority and Somali-Bantu Community Association was pushed from last week to Thursday, June 20. It was the third year that the residents from McKinley Manor, Central Village and Pioneer Homes got together to celebrate the special day.

This time, it was a beautiful day. Tables, chairs and food carts were set up outside on the big, green lawn near 516 Burt St. People stood in line to be served burgers and mashed potatoes or sat and chatted with families and friends around long tables. Children jumped in a colorful bonce house or ran around chasing each other, and the music played by the DJ couldn’t cover their laugher. Center for Community Alternatives also was present to promote their youth programs. 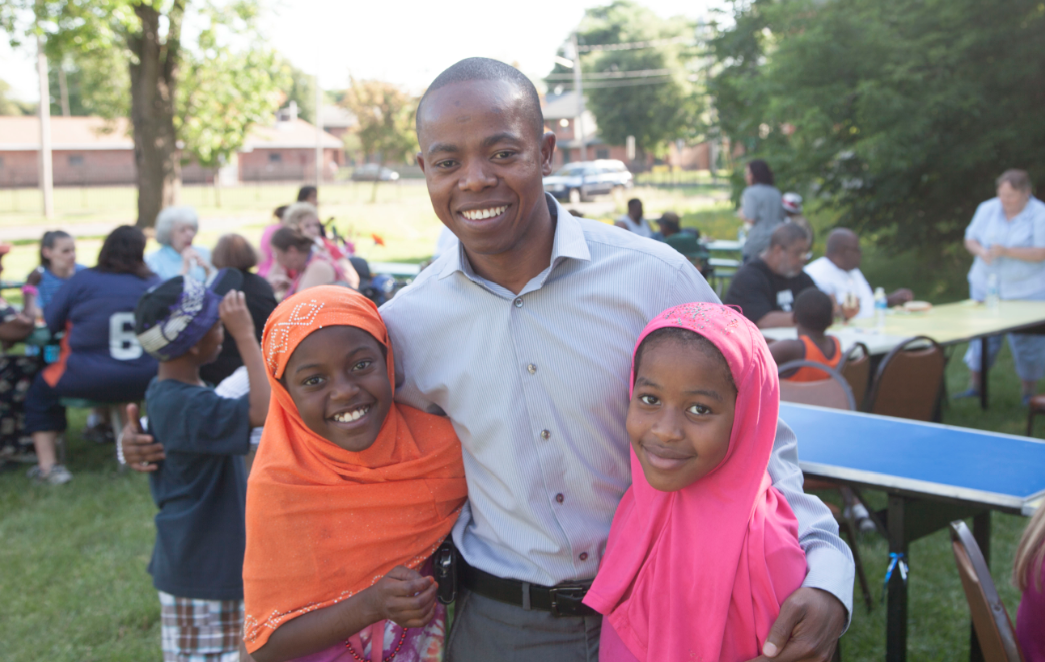 Haji A. Adan, executive director of Somali-Bantu Community, with his children at the Father's Day Celebration.

The organizations also hosted an essay contest with the theme “What my dad or father figure means to me.” Fifteen children aged 8 to 14 participated in the competition. The winner, 12-year-old, Anis Muktar, was announced during the event.

“I thanked [him] for all the things he did for me,” said Muktar about his father. “I thought about it, and I wrote it. It is from my heart.” After reading his essay to express how much he loves his father, Muktar received a nicely-packed gift. 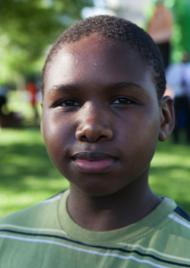 “We know it is important for fathers to play roles in their lives to encourage them and be going forward,” said Bill Simmons, executive director of Syracuse Housing Authority. “We try to encourage fathers to get involved with the life of the family.”

Part of National Housing Authority is to celebrate Father’s Day across the country. Even though 75 percent of the families in the authority housing are supported and raised by women, father figures still play a significant role in young people’s life, Simmons said. He adds, 42 percent of children that grow up without fathers in the households, go on to a path to poverty, and children with a father in criminal justice are twice as likely to remain in poverty.

“[The event] is a lot of fun, and it emphasizes fatherhood in the family,” Simmons said.

“It is a great event,” he said. “It is all about bringing organizations together to help people with low income in Syracuse.”

Greater Syracuse Works has collaborated with Syracuse Housing Authority on the event for three years to let fathers, mothers or anyone who plays a father’s role in the family to have a good time around Father’s Day.

Haji A. Adan, executive director of Somali-Bantu Community, is a father of seven. He now embraces the culture of celebrating Father’s Day, which is not a practiced custom in his home country of Somalia.

“It is very important for kids to celebrate something that is very meaningful,” Adan said, “and to appreciate what fathers do for them.” As a father, he thinks the day is very important — a day that he receives love and appreciation from his children.

Fenton D. Handfar, a single father and Syracuse Housing resident, came to the event with his four children to celebrate his 48th birthday and the holiday.

“I came to celebrate Father’s Day,” said Handfar, pointing to his children in the bounce house. “It is nice to see the kids having fun, and that’s important.” 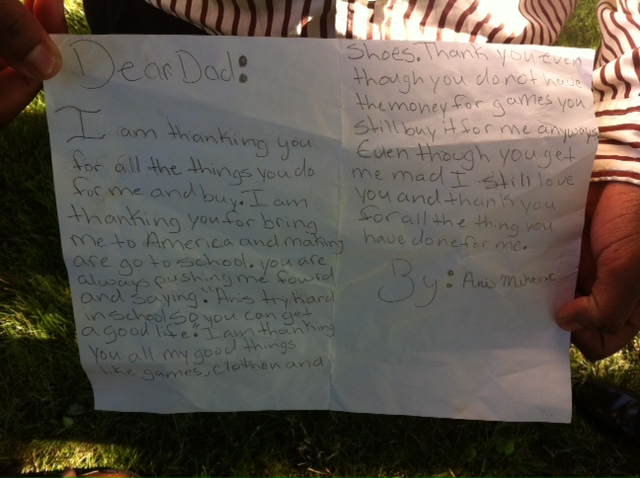