An Exploration of African-American Fathers

Ryan Johnson-Travis is struggling to tell the stories of single low-income African American men in Syracuse. He fades in and out of character between himself, as an actor and his subjects — men with stories to tell whom most are not understood.

“I’m not trying to make a statement about Black men and their ability to be fathers,” he says in one scene. “This is about a real narrative of 17 men.”

He speaks of the narrative of their struggles. 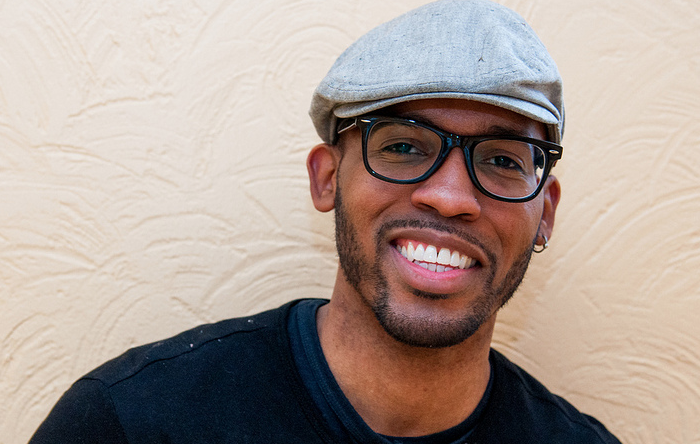 Travis-Johnson believes in reviving a performing arts company that moves past costumes and productions and digs into a community full of discussions and sensitive issues that are challenging to discuss in a public forum.

During a audience talk-back after Thursday night’s show, Johnson-Travis replied “My mother struggled to raise my sisters and I. I’m from low income areas and I’m not here to rat and report.”

Audiences will see difficult scenes in the play where the actor struggles with the process and production of the play in such a real way that he seems reluctant and guilty to exploit the community he risked his safety to interview.

“I really want the text to be the thing that comes through,” he says during the play as he pleads for direction with often himself.

The play explores the stories of noncustodial fathers, voluntary fathers, dangerous fathers and the outlook of even fathers who work within the system of family social work.

Johnson-Travis told the audience that his grant money, most of $2,500 from New York State Council of the Arts and CNY Arts, went toward research: paying fathers $25 each to sit and speak with him around downtown Syracuse and discuss their journey and what they would tell the city.

One father even commented that “the cheese has already been setup on a trap that’s designed to break our necks,” so as to say that the dream many men seek in providing for their families was never designed to come without extreme psychological and social challenges.

Sharleen Starks, an audience member, asked during the talk back about his ability to produce the stories despite his reservation of it being misinterpreted.

“I relied on my director a lot in this process. I was able to get up and walk away when it was all over and these men could not,” he said.

In one scene, Johnson-Travis dedicates a segment to what one father noted would be the answer to people’s numbness to a broken system: a dead baby.

The powerful segment was drawn from the story of baby Jonylah Watkins who was shot as her father changed her diapers in a car.

The audience for “Shout in Salty Waters” is going to see the story of one man grappling with the stories of many. Hopefully he discovers that the most compelling stories, whether from the root of problems or the rut of them, are not only challenges to the people who survive them but should be challenges for the communities that try to understand them so as to not simplify and make menial the struggles of others.