Abye Assefa went from living in a refugee camp in the African republic of Djibouti to teaching sociology at St. Lawrence University in Upstate New York, where he is an associate professor. In between, he worked in a factory assembly line
in New York City and earned a Ph.D. from the State University of New York at Binghamton.

“My personal narrative is that now I consider myself an African-American in the U.S. after having been a political prisoner for three years in my native country of Ethiopia,” he said. “Then I escaped to Djibouti.” 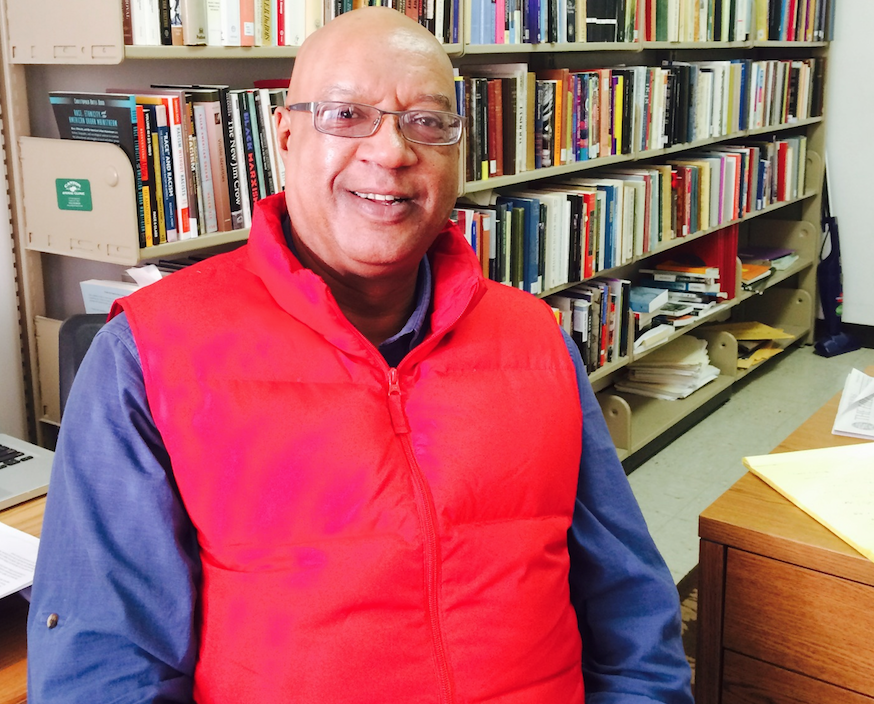 Assefa spoke at a lecture sponsored by the Maxwell African Scholars Union at Syracuse University on Feb. 21.

One of the main theses posited by Assefa at the event was that women of African origin, whether living in America or
in the African continent, are portrayed in the popular media less than their male counterparts. “Harriet Tubman and Rosa Parks are not accounted as much as Fredrick Douglass, Malcolm X and Martin Luther King, for instance,” he said.

He added that black females are marginalized. “They are at the bottom of the totem pole except for a few individuals,” he said. “It is Oprah Winfrey versus the black women in the street.”

Assefa attributed this situation to historical capitalism, which he examined using world systems theory, an analytical framework that he learned from his mentor, Immanuel Wallerstein, while at SUNY Binghamton.

Assefa spoke in apocalyptic overtones of a terminal crisis. “Historical capitalism is kaput,” he said. “I give this system 20 more years before it finally dies.”

His explanation for this prediction was threefold: the rate of return of investment or profit rate – based on the perpetual need to grow, constant accumulation of capital and commodification, which is something irrational and illogical – will keep going down; the current global political structure of the state and interstate systems, presided over by the United States, is in dysfunction (“e.g., states can’t provide welfare”) and won’t be strong enough to contain social uprisings, and; the present knowledge structure of liberalism, constructed to exclude, will continue to be not sustainable.

One thing lacking in this part of Assefa’s presentation was statistical data to support his contentions dealing with quantitative analysis.

He then went on to suggest that, after the coming demise of the capitalist global system, a world of microentrepreneurs will become more prevalent and this will be based on African women, who are already uplifting themselves by becoming merchants on their own. “Every time I stop at the airport in Ethiopia, I see women from Nigeria, South Africa and other African countries going to China to bring back suitcases full of merchandise to sell in their home countries,” he said. “In this sense, in each one of us there is an African woman.”