Black Panther on the South Side

The ’60s and the new millennium. The West Coast and the East Coast. Seattle and Syracuse.

All these came together like pieces of a jigsaw puzzle when a former Black Panther roared on Syracuse’s South Side on Feb. 23. 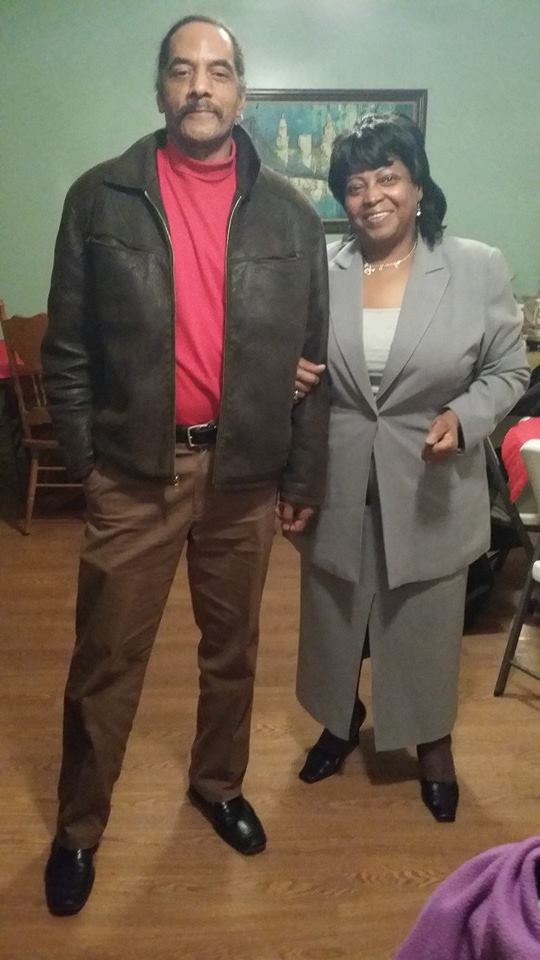 Aaron Dixon, the founder of the Seattle chapter of the Black Panther Party (BPP), spoke to a capacity crowd gathered at the Fountain of Life Church of God in Christ at 700 South Ave. for an event publicized as a celebration of Black History Month.

The Rev. Jonathan Stephens, pastor of the Fountain of Live Church, introduced the speaker. “Everything we know about the Black Panther Party is what J. Edgar Hoover has told us but today there will be no Hoover,” Pastor Stephens said. “Instead, we will hear it straight from the horse’s mouth.”

He might as well have said straight from the panther’s mouth as Dixon delivered a roaring speech.

Dixon came to Syracuse from Buffalo as part of the New York leg of a tour to promote his book titled “My People Are Rising: Memoir of a Black Panther Party Captain.”

Howie Hawkins, an activist with the Green Party of Onondaga County, said that his organization was sponsoring Dixon’s visit, along with the Syracuse Peace Council and the Pan-African Community of Central New York.

“I come from the San Francisco Bay Area where I worked with the Black Panthers in a coalition,” Hawkins said.

Dixon took to the lectern to address an audience of over 40 people, made up of parishioners from the host church and two other South Side churches —  Bellegrove Missionary Baptist Church and True Vine Baptist Church — as well as guests from the community at large.

He started his talk by saying that he was raised in a family that was very political.  His father was a follower of community organizers Paul Robeson and Martin Luther King. As a young man, Dixon participated in marches, demonstrations and pickets with Dr. King.

“My grandmother always told me that I was a great thinker and that I was going to grow up to be a preacher,” he said. “Although I never turned into a preacher, in a sense I actually did the work of a preacher.”

Pastor Stephens commented that Dixon was already sounding like a preacher.

Then Dixon described two pivotal events in his life: the assassination of Dr. King and the release from imprisonment of Huey Newton, the BPP’s Minister of Defense.

Dixon said: “When they killed Martin Luther King, they killed the civil rights movement. At this point, I put my picket sign down and took a gun. It was time to create more militant organizations. This new movement was about danger and sacrifice.” 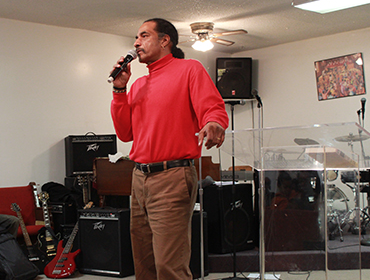 But the BPP took it on the chin. Thirty of its militants were killed and 800 were made prisoners, of whom 40 still are in confinement in the criminal justice system, Dixon said, listing among those murdered the names of Bobby Hutton, Bunchy Carter, John Huggins, Fred Hampton and Mark Clark, a BPP captain like Dixon.

After early losses of the lives of its activists, the BPP switched its approach. Its members took their uniforms off and put their arms away.

“The uniforms and arms separated us from the community,” Dixon said.

He told the people filling the pews of the church sanctuary that in 1969 the BPP initiated survival programs, which consisted of free services such as breakfasts for children, medical clinics, body wellness practices, food banks, legal advice and representation, ambulance services, transportation for visitors to prisons, drug rehabilitation and liberation schools that served as day care centers.

“We served pancakes, grits and sausages at the free breakfasts, we provided vitamins and formula at the free wellness programs, and distributed bags of potatoes, eggs, chicken and bread at the free food banks,” he added.

But all these came to a head. The BPP had found its nemesis in J. Edgar Hoover, first director of the Federal Bureau of Investigation. The BPP became a favorite target of the bureau’s Counter Intelligence Program, better known by its acronym of COINTELPRO. According to the public record, within a year of the BPP’s inception, Hoover directed the federal agency to “expose, disrupt, misdirect, discredit, or otherwise neutralize the activities” of the BPP, in his own words.

In the final segment of his lecture, Dixon played head shrink as he developed a psychological profile of Newton’s.

He said that Newton had a complex personality stemming from competing influences in his early life. His father was a Baptist preacher, one of his brothers was a gang member and a second brother was a college professor. “From the first, Newton learned to be tough while, from the second, he learned philosophy and law. All in all, Newton was fearless and not afraid of confronting the police,” Dixon went on to say.

After Newton got out of prison, his hero status shot through the roof, but Newton didn’t want any part of this due to the shy traits of his personality, Dixon said.

All these personality elements, compounded by a cocaine habit that Newton had acquired, led him to begin dismantling the BPP until it went out of existence in 1980, Dixon added.

Before heading for the narthex to sign copies of his book, Dixon praised Michael Jackson’s song titled “They Don’t Care About Us” for correctly characterizing the past and present condition of the black community. Then he concluded his presentation to the sympathetic crowd with a throwback to the ’60s: “All power to the people!”