A group of 30 volunteers, including many college and high school students, worked through sleet and snow to put up a greenhouse dome at the Southwest Community Garden Saturday, April 5. The workshop, part of The Canary Project, is meant to teach youth “hands-on skills” in sustainability and gardening, according the project organizers.

Susannah Sayler, co-founder of The Canary Project, said Hurricane Sandy inspired the project. “There was a lot of discussion at the time about communities not being resilient and prepared for extreme weather,” Sayler said.

The project involves producing art and other media, such as documentaries and books, to teach about climate change, said Sayler. But organizers also wanted to produce a workshop series so that community members actually had something to take away from it. Sayler said that other than education, the greenhouse will also lengthen the garden’s season and give farmers more control over their climate. 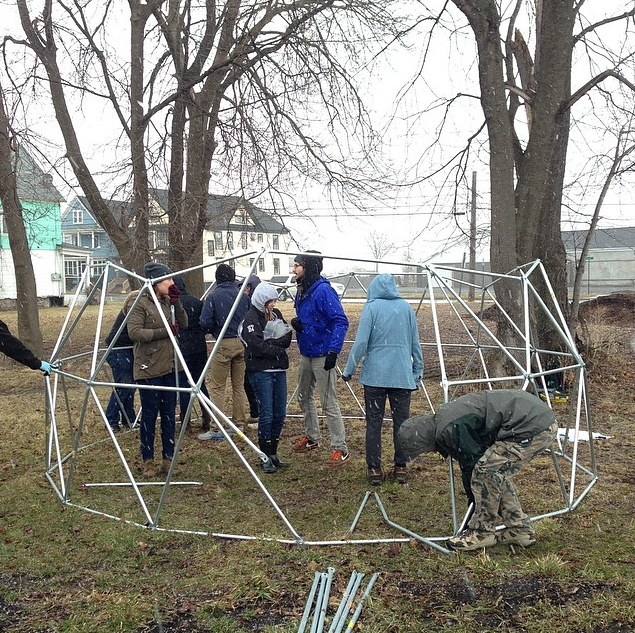 “We wanted to do something really concrete that would be educational through actual hands-on skills related to sustainability,” Uttech said.

Uttech said that Modern Primitive Exchange is based on the idea that people should bring together modern tools and technologies with primitive skills that are more environmentally efficient, which can help in urban gardening and maintaining water systems, among other things.

“Climate change is a fact, and is happening now, and to be more resilient in the face of climate change, we need to think about where these so-called primitive skills can intersect with modern technologies,” Uttech said. “We are trying to get people to think about these things through the workshops.”

Jessica Maxwell, the urban agriculture educator for Cornell Cooperative Extension of Onondaga County, a group focused on working with municipalities throughout the state to provide better ecological sustainability and social well-being, said neighborhoods like Southwest have been historically subjected to environmental racism. She added that the Southwest area has a poverty rate of over 70 percent and is mostly a neighborhood of minority residents.

Maxwell said that the sewage treatment plant the city put in this neighborhood a few years ago was a product of this environmental racism. She said that the community started fighting against it, and eventually the sewage plant was halted and the garden was built. 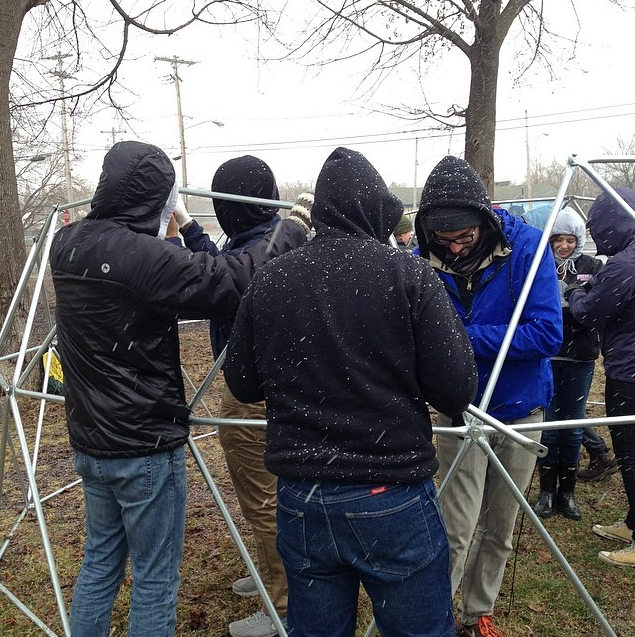 “A community garden project and growing fresh, healthy food seemed like such a great counter to the proposal of a dirty, old technology sewage treatment plant in the neighborhood,” Maxwell said.

She said she hopes the uniqueness of the project will draw other people from the community to come to the garden and create more community engagement.

Edward Morris, another co-founder of The Canary Project, said it is funded mostly by a $25,000 grant from the David Rockefeller Center, with some of the money also coming from Syracuse University. The university offers a class for credit where students work on the Canary Project and Modern Primitive Exchange. 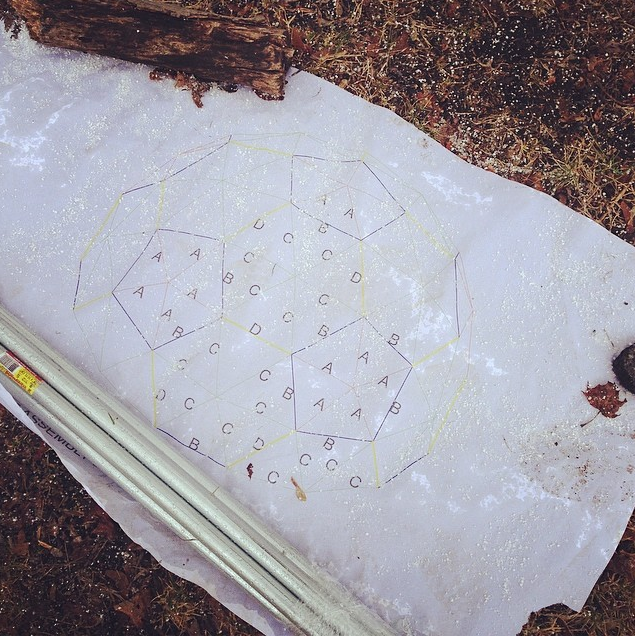 Morris said that the grant was to run these workshops and then create an online presence. Online, they want to document all of their projects, workshops and lesson plans.

“We wanted to launch a concrete program here in Syracuse and build a foundation from that and do it next year as well, and make it so many people can access it via the web,” said Morris, who hopes other communities can use their model and start their own programs.

Morris said that the history of the project is mostly in media and art. Originally, it started out as a photography project to show landscapes being impacted by climate change, and the project organizers are currently working on a documentary series, a book, and a blog about climate change and sustainability. The art and media is meant to be educational and start conversations about climate change, but these workshops are supposed to provide the hands-on real-world experience of it, said Morris.

Morris said there will be a big event at the garden on Saturday, May 3, with live music and food. It is to show what they have been able to do at the garden throughout the past few months. This month, on April 19, volunteers will complete the dome building and hope to move some seedlings into the greenhouse. Syracuse Grows will also hold a resource drive and the garden will be the main hub for distribution of a generous compost donation from OCRRA. 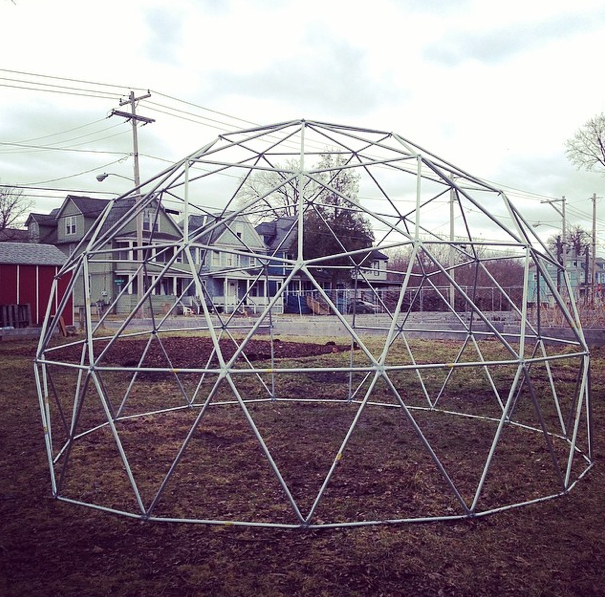