Mikell Clemons sits in the front of Stephanie Sobon’s social studies class. He is jammed in the corner where two chalkboards meet, and it’s easy to miss him when you walk in the room. But Sobon knows exactly where he is.

As the students sit at their desks studying their textbooks, the boys around Clemons start to focus more on side conversations than their studies. From her desk in the back of the class, Sobon tries to refocus the group, but her efforts don’t have much effect. Then she looks at Clemons, who knows what to do. Clemons turns around in his chair and tells his classmates to listen to the teacher. 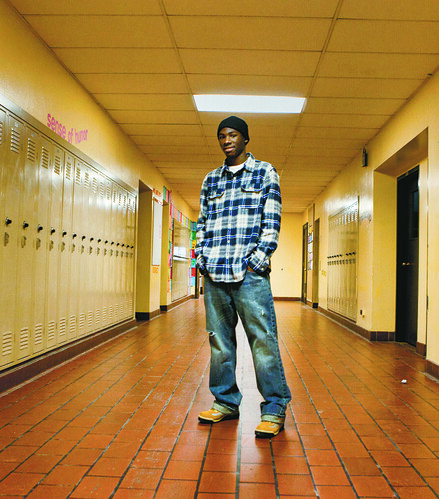 Mikell Clemons is a starting senior on the varsity basketball team at the Institute of Technology at Syracuse Central. Clemons says he hopes to continue playing basketball after he graduates in June. -- Samantha Okazaki

“He’s actually very much my ally in the class,” Sobon said.

Clemons, who is from the South Side, is a senior at The Institute of Technology at Syracuse Central and the captain of its basketball team. He is a model student and plans on going to college — but Sobon’s right-hand man might have another story entirely if it weren’t for ITC.

ITC is a public school formed five years ago as a smaller alternative to the large schools in the Syracuse City School District. The vision for ITC is that a smaller learning community will breed better academic success. Students who go to ITC have to apply to the school before their freshman year.

So far the project seems to be working. Mike Henesey, the school’s communications coordinator, said the
Syracuse City School District has an overall graduation rate of about 52 percent. By comparison, science teacher and basketball coach Joe Boronczyk said ITC’s graduation rate was in the 70-percent range last year and could be as high as 80 percent this year.

“In terms of the smaller project, it seems to be working,” Boronczyk said. 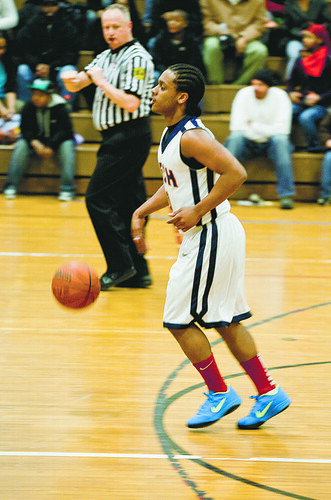 The ITC Eagles varsity team celebrated a home-court victory at the Senior Game on Feb. 9. The win pulled the team’s rank to the No. 5 seed of its division, a powerful feat for the seniors, including Mikell Clemons. -- Samantha Okazaki

Clemons’ mother, Latreice Mabams, knows that ITC’s success goes beyond the numbers. While Clemons started at ITC his freshman year, he transferred to Henninger High School for better athletic opportunities. After the basketball season was over, however, Clemons started to skip classes. After finding out, Mabams sat him down for a serious conversation.

“I put my foot down and told him, ‘Look, I didn’t come this far with you to let you get away with all this. You’re going to go to school and you’re going to do what you’re supposed to do and get an education,’ ” Mabams said.

Clemons remembers those conversations a little differently, but in the end, the result was the same.

“She noticed that this bigger school, and this bigger atmosphere was probably the reason why my grades were slipping,” Clemons said of his mother’s reaction. In his mind it wasn’t just his mother’s decision. “I thought my high school career would be better if I transferred to Tech.”

A little more than a year later, Clemons came home with the first report card of his senior year. Mabams said Clemons usually starts the academic year out slowly and gets better as the year goes on. This time when she looked at his first grades of the year she saw something new.

“His first marking period report card was actually good, and I was actually shocked,” Mabams said. “Mikell has come a long way, a very long way.”

The success has come in every area for Clemons. He is the leading scorer for ITC’s league-winning basketball team and wants to go to SUNY Institute of Technology at Utica/Rome for business management.

Clemons’ mother, teacher, coach, and Clemons himself know it wouldn’t be the same at another school. Sobon said the smaller environment allows teachers to know each of their students, be more active in their education and even personalize their schedules and assignments.

“At a bigger high school there’s so many students that teachers can’t take the time to do one-on-one with every student. Here they can do that,” Clemons said.

Now Clemons is the one trying to convince other ITC students of the lessons he learned. He and teammates
Joe Boatwright and D’Andre Dodd, who also is from the South Side, said the team members get one another in line when they see teammates hanging out in the halls instead of going to class.

“We see them in the hallways skipping and we tell them, ‘You gotta get to class. You’re not going to make it in life if you’re not in the classroom. You have to do your school work,’ ” Clemons said.

As his time in high school winds down, Clemons thinks back to the conversations with his mother and the decision he made to return to ITC. 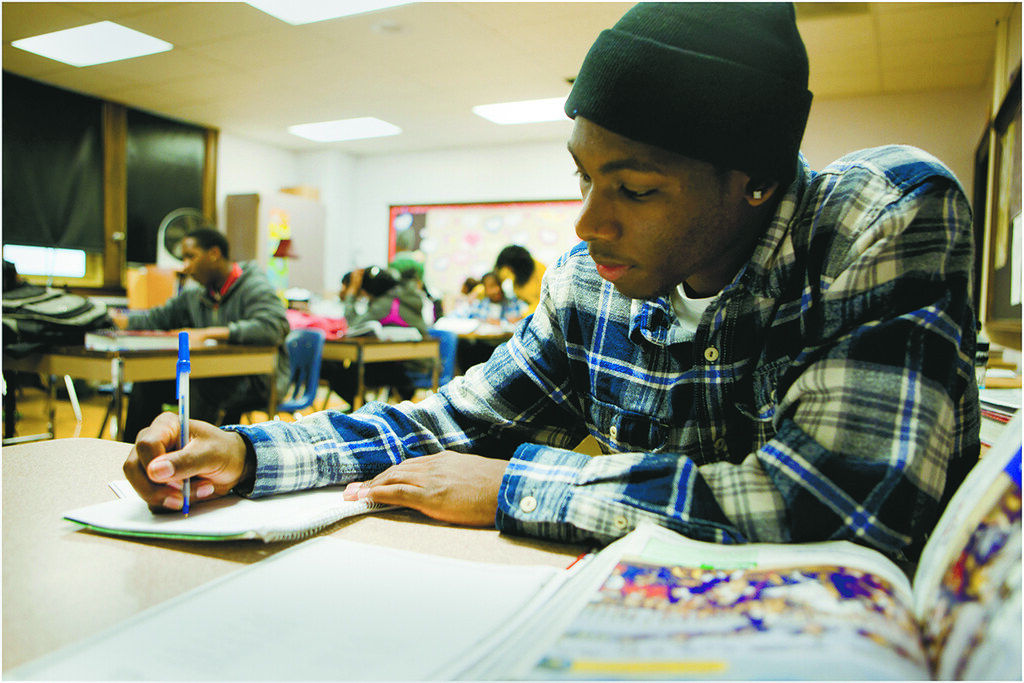 Although he jokingly admits that he would rather practice basketball than study economics, Mikell Clemons makes his schoolwork a top priority. Clemons encourages his peers to do the same. -- Samantha Okazaki 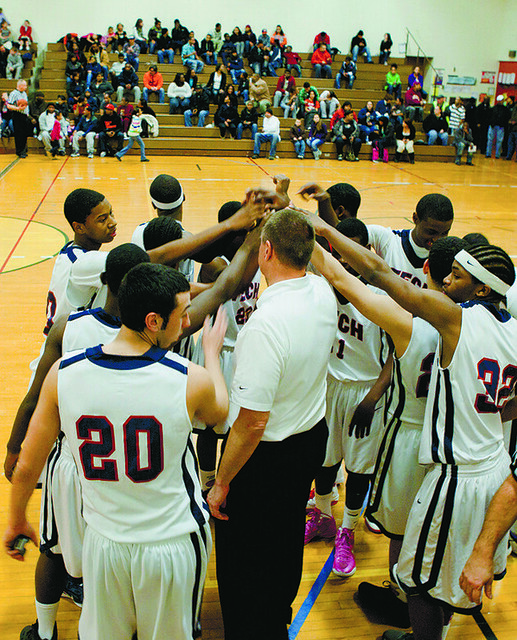 The ITC Eagles varsity basketball team may be new to the court. But the players’ successive wins prove that they are not to be dismissed. -- Samantha Okazaki