The Expeditionary Learning Middle School has come under new administration this year as Rebecca Groat, former vice principal at Franklin Elementary School, assumed the role of principal effective July 1, 2012. Kevin Burns, who was the ELMS principal, is now principal at Lincoln Middle School.

“Every year there is an evaluation of the schools and there’s a lot of shifting that goes on based on people’s career track, based on goals and expectations of the school, based on its overall performance,” said Nader Maroun, chair of the Syracuse Common Council’s Education Committee. “The relocation of certain principals is pretty normal every year.” 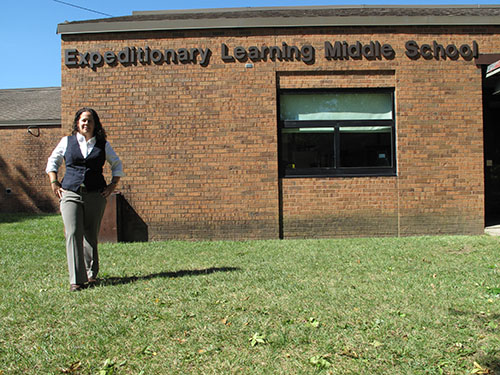 Groat was a vice principal for five years: four at Westside Academy at Blodgett and one at Franklin Elementary. She said the transition to principal has been a smooth one. “It’s been excellent,” Groat said. “I feel I was prepared.”

Groat received new principal training from the Expeditionary Learning network to learn more about the unique teaching techniques of an EL school. “I’ll be attending more training throughout the year,” Groat said.

Expeditionary Learning schools follow a model of project-based learning. In EL schools, students complete interdisciplinary projects called learning expeditions where they are required to collect information and data in the field about particular local or global issues. 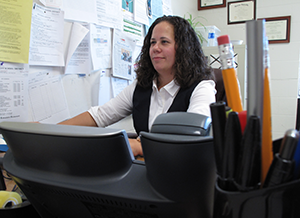 “As far as someone new coming in, our administrator is certainly taking the time and asking the questions to learn this design because it is very different than all the other schools in the district,” Murray said.

Groat does not expect to make many changes during her first year as principal.

“It’s kind of a learning year for me,” Groat said. “I just made some structural and procedural changes.”

These changes have been in accordance with district-wide adjustments, such as standardizing class periods to 48 minutes.

“I’m excited to be part of the EL school. The teachers here are really dedicated. The students here have been really great, really welcoming,” Groat said. “I couldn’t ask for a better school.”