Alexis Belt, SUNY Purchase freshman, sat in her drawing class as her professor walked around and looked over other students’ work. He seemed to find something wrong with every single one of them but when he made it to hers, something changed.

“He said he can’t be too easy on me. He has to find something wrong, but he couldn’t find anything wrong,” Belt said.

Belt, who is finishing up her first month at SUNY Purchase, wasn’t always the star student. Her preparation to get into SUNY Purchase began two years ago at an art nonprofit called Talent Agency. The organization serves students who are low-income and helps them prepare art portfolios for college programs. Co-founders and Syracuse University art professors Yvonne Buchanan and Dorene Quinn noticed the lack of diversity in their classrooms and wanted to change it. Since Talent Agency’s opening in 2011, the program has sent about 12 students into four-year colleges, Quinn said. 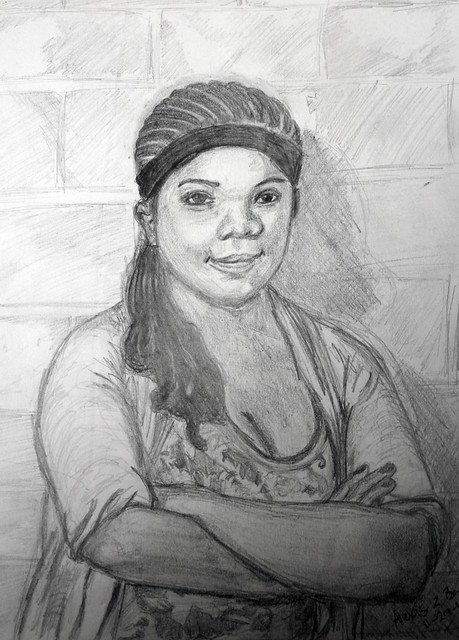 “There’s a certain kind of student that I see, which is for the most part affluent, can pick up the phone and call a parent who will financially support them,” Buchanan said. “If they need an extra $500 for something, they can call home and get it immediately.”

Belt is the only student from Central New York to get accepted into SUNY Purchase’s Educational Opportunity Program, which according to Quinn is one of the best art programs in the state. The program serves students who need substantial financial help and are also struggling academically. The director of Special Programs at SUNY Purchase, Paul Nicholson, said 40 new students were admitted into the Educational Opportunity Program this year, and Belt is one of the five admits into the Art & Design program. In total, the program has 161 students. According to Nicholson, Belt is a rare admit because more people outside of Central New York apply for admission.

As a student at Corcoran High School, Belt said the artwork she drew before Talent Agency was not good enough to get her into an art college.

“Before I went to an art program, all I did was draw anime characters, which is a bad thing if you want to be in art school because they want you to be original and have your own work,” Belt said.

She was trained early on for college classes, drawing still lifes, which she said is an essential skill needed for  art college.

“Anime, you’re basically just re-drawing somebody else’s work. At the art program, they had me draw still lifes and everything, which is using your own eyes, so it really is original work,” Belt said.

Belt originally did not believe she could even have a career as an artist, after other people in her life told her that becoming one would not make for a financially stable career. She wanted to be a registered nurse before Talent Agency. 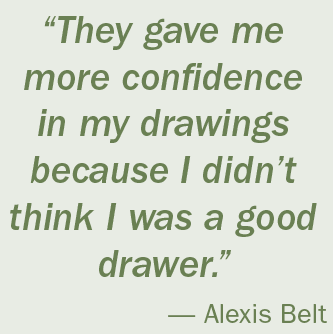 “My grandfather’s girlfriend told my brother that he shouldn’t be an artist because they don’t make a lot of money,” Belt said. “People don’t believe that artists are worthwhile, like they don’t have a good career.”
Belt’s opinion changed as she began taking classes. She learned new drawing techniques, how to weld, and honed her skills.

She began to realize that becoming an artist could be a career, through watching her professors. Buchanan and Quinn provided the skills she needed to excel in college, she said.

“They gave me more confidence in my drawings because I didn’t think I was a good drawer before I came there,” Belt said.

A favorite project was welding an elephant during a summer at Talent Agency. The elephant sold for $100 during the art exhibition that summer. 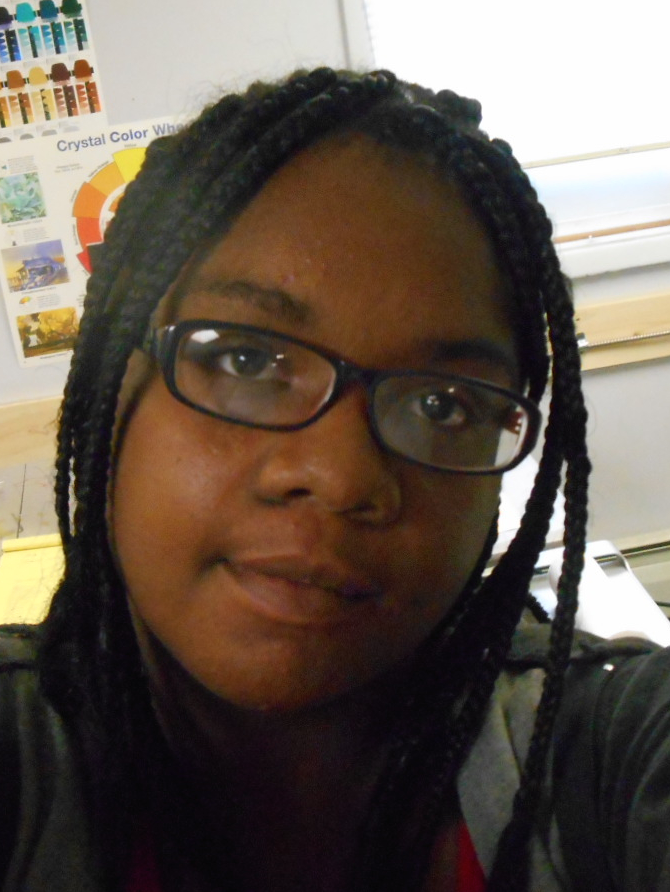 “I think [in] the coming world, you’re going to have to be knowledgeable about all different kinds of people,” Buchanan said. “It just makes you a better citizen. You just become open.”

Belt heard about Talent Agency through CNY Works, a nonprofit that places students at different sites across Central New York and pays them minimum wage. Students within the program fall 30 percent to 40 percent below the poverty line, Quinn said.

Belt selected Talent Agency as a place to work because she was interested in art. About half the students who participate in Talent Agency during the summer are a part of CNY Works, Quinn said.

Last November, Belt and some other senior students in Talent Agency were taken on a trip to New York City to tour colleges with program directors Quinn and Buchanan.

SUNY Purchase was the last stop on the tour.

“I fell in love with it because I like small schools,” Belt said. “I just instantly knew SUNY Purchase was the best for me.”

The Educational Opportunity Program at SUNY Purchase is a highly competitive program, admitting only a select few students, according to the office manager for the program, Amanda Diaz.

Students are interviewed before getting admitted, and Diaz said the counselors look for a capable student they feel will do well in college.

“It’s someone that they find will excel and have the potential to excel in the college experience,” Diaz said.
Buchanan said Belt is a talented artist and student.

Talent Agency is pleased with the number of students they’ve gotten into college, but hope to broaden the program to include other aspects, such as writing or performance, Buchanan said.

Belt is in her third week of class as a freshman at SUNY Purchase and just started working at the gift shop in the Neuberger Museum of Art on campus. She is currently taking classes in the painting and drawing department, and also taking a sculpture class.

“I have an interest in painting, drawing and sculpture, so I’m not really sure what I’m going to overall decide on. I might dual major. I might do a interdisciplinary [major],” Belt said.

She added that Buchanan and Quinn helped her realize her own potential while she was at Talent Agency.
“I saw how successful Mrs. Dorene and Ms. Yvonne were and I wanted to be like them.”