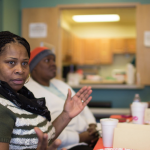 Alumna of Media Unit Shares Inspiration for Her Upcoming Film

March 16, 2016 Comments Off on Alumna of Media Unit Shares Inspiration for Her Upcoming Film 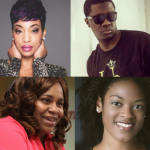 ‘Loving the Same Man’ written and to be produced by Tammy Reese Filming will begin later this month for a local film called “Loving The Same Man.” This drama/comedy is based around four friends. The plot follows couples Yez and Camire and also Don and Mya, whose love and friendship are tested with an affair. I have been acting and ... END_OF_DOCUMENT_TOKEN_TO_BE_REPLACED

The Media Unit highlights age-old issue in ‘From the Back of The Bus’ At 75 years old, Walt Shepperd says he has learned a lot when it comes to the effects of racism. In an interview, he spoke about the impact it can have, the lives it can affect, and how it is still prevalent. In response, Shepperd, executive producer ... END_OF_DOCUMENT_TOKEN_TO_BE_REPLACED

March 8, 2016 Comments Off on #BlackLivesMatter Coordinator Speaks at SU 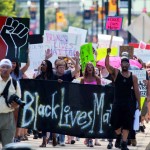 The Central New York Fight for 15 Coalition kicked off its minimum wage challenge on Sunday, March 6, inviting the public to take part and follow along with those who had already pledged to do so. For five days, more than 20 volunteers, activists and leaders will live on the minimum wage of $9 an hour, or $97 a week ... END_OF_DOCUMENT_TOKEN_TO_BE_REPLACED

George Kilpatrick hopes that through community cooking classes, people will come to realize that eating healthily is not as difficult as it seems. At the first of six community cooking classes, Kilpatrick demonstrated how to incorporate healthy alternatives into your diet while also infusing African staples into the meal. “Everybody wants to improve their lives, but they don’t know how ... END_OF_DOCUMENT_TOKEN_TO_BE_REPLACED

March 7, 2016 Comments Off on Chess Championship 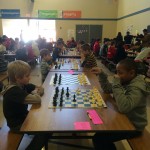 The 2016 Onondaga County Chess Championship at the Southside Academy Charter School drew in 115 students from across New York state Sunday, March 6, afternoon, nearly doubling the tournament’s previous records. Last year there were 62 students in grades kindergarten through 12th that played in the county tournament, said Anton Ninno, a Southside Academy teacher who has organized and hosted the ... END_OF_DOCUMENT_TOKEN_TO_BE_REPLACED 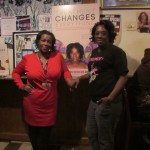 Event mixes festivity with serious message In a new effort to show blacks in Syracuse how to avoid exposing themselves to the dangers of HIV and AIDS, some nonprofit health organizations decided to offer their message as part of an evening of free food and dancing in a South Side bar recently. “We don’t have a huge following, flooding into ... END_OF_DOCUMENT_TOKEN_TO_BE_REPLACED 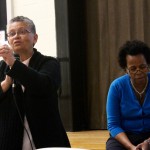 Syracuse residents are still skeptical about a potential consolidation of the city and county governments. At the most recent Consensus CNY meeting on Feb. 29, committee members tried to assure the crowd at a packed Southwest Community Center that the consolidation would have positive results for city residents. The Commission on Local Government Modernization put out a report in January ... END_OF_DOCUMENT_TOKEN_TO_BE_REPLACED

Syracuse supports New York state’s effort to raise the minimum wage The Syracuse Common Council voted 8-1 in February to urge the state’s lawmakers to adopt a measure that would set $15 an hour as the minimum wage for all workers in the city. The approved resolution lends the city’s official backing to New York Gov. Andrew Cuomo’s proposal to ... END_OF_DOCUMENT_TOKEN_TO_BE_REPLACED