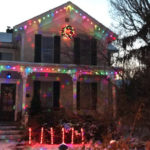 The “Holiday Lights in the Valley” decorating contest received more than 30 entries this year. The contest has been held for more than a decade by the the Meachem Area Parks Association (MAPA) in an effort to enhance the sense of community in the Valley. The Valley Lighting Contest Winner is located at 3630 Midland Ave. The winning entry, selected ... END_OF_DOCUMENT_TOKEN_TO_BE_REPLACED 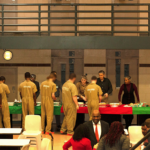 Playing keyboards at the county jail in Jamesville many years ago, Joseph Perry Jr. looked over the crowd and locked eyes with a young woman he recognized from church sitting silently by herself. “When I looked into her eyes I almost cried,” he remembered. “She was just so sad and alone.” That woman was Jacqueline McMullen, who said the 45 ... END_OF_DOCUMENT_TOKEN_TO_BE_REPLACED 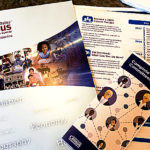 Mayor Ben Walsh and Onondaga County Executive Ryan McMahon have joined forces to encourage neighborhood agencies to become partners in the 2020 Census outreach campaign to ensure no one is missed in the upcoming count. U.S. Census representatives visited Syracuse Dec. 12 to relay why an accurate count of all New York residents is so crucially important. Elizabeth Burkowski, deputy ... END_OF_DOCUMENT_TOKEN_TO_BE_REPLACED 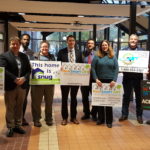 Clean heating and cooling systems are becoming more accessible to members of the Syracuse community with the launch of HeatSmart CNY’s campaign to install geothermal and air source heat pumps for area residents. The pilot campaign, launched in November, was organized by the Central New York Regional Planning and Development Board and Alliance for a Green Economy with a donation ... END_OF_DOCUMENT_TOKEN_TO_BE_REPLACED 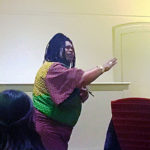 Local griot composes one-act show on Sarah Loguen Fraser The story of historical figure Sarah Loguen Fraser, the fourth African-American woman to become a physician in the United States, was brought to life Dec. 6, as local storyteller Vanessa Johnson performed her life story in Hendricks Chapel at Syracuse University. The event was organized by WiSE Women of Color in ... END_OF_DOCUMENT_TOKEN_TO_BE_REPLACED 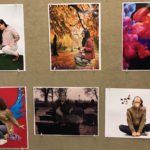 Talent Agency Committed to Giving City Students Creative Opportunities The small pink sticker, roughly the size of a sticky note, displayed a black and white puppy with one eye and an injured ear. The design has a “deeper meaning,” according to Brianna, a student at Syracuse Academy of Science. Without Talent Agency, Brianna, 16, wouldn’t have the resources or guidance ... END_OF_DOCUMENT_TOKEN_TO_BE_REPLACED 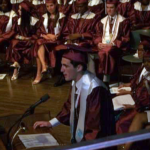 Corcoran grad helps others understand mental health issues He achieved valedictorian at Corcoran High School and graduated from Brown and Syracuse universities. So perhaps the fact that Seamus Kirst went on to publish a book isn’t a surprise. But the title might be: “Shitfaced: Musings of a Former Drunk.” It’s been a rollercoaster ride for Kirst, who graduated from Corcoran ... END_OF_DOCUMENT_TOKEN_TO_BE_REPLACED

November 28, 2018 Comments Off on Court Watchers 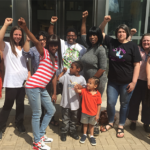 Nonprofit Unchained coordinates justice system accountability project A new Syracuse-based nonprofit is working to reform the prison system and fight injustice. Unchained was founded in March and aims to use research-based campaigns and input from prisoners and their families to make the bail process more fair, and to make prison programs more focused on rehabilitation rather than punishment, among other ... END_OF_DOCUMENT_TOKEN_TO_BE_REPLACED 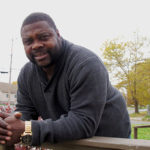 Center will continue to help individuals returning from prison, their families Co-run by two ex-offenders, a state-funded pilot program worked last year to help recent parolees re-enter society by supporting their transition back to their families. On hold for nearly seven months after funding ran dry, the program has been renewed by the state with a two-year $95,000 grant. The ... END_OF_DOCUMENT_TOKEN_TO_BE_REPLACED

November 28, 2018 Comments Off on Dunbar Center Celebrates a Century 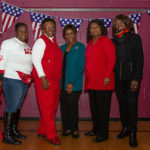