To describe Kevin Henry as a city official is just a small part of his story. Henry has been working as a superintendent for buildings and grounds for four years, supervising a total of 70 employees. He is also an entrepreneur. And he’s a mentor, each summer, for a few fortunate high school students seeking work. 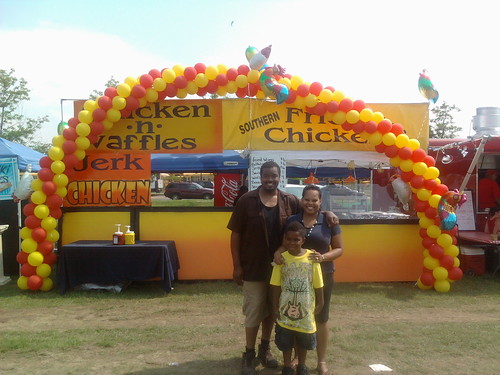 Kevin Henry, his wife, Desire, and their son stand in front of their fried chicken booth. The family runs a food vending business and also has a balloon business. -- Photo courtesy of Joe Walker

Henry, 38, runs what he calls “the balloon business” — a modest name for a small enterprise he started called Balloon Creations. The business provides blown-up decorations such as arches, pillars or themed characters for weddings, birthday parties and other celebrations.

“When I walk into a room with a bag of balloons, the whole atmosphere changes,” Henry said. “I create multi-color balloons shaped into centerpieces, arches, sculptures.”

“I learned about this business through a previous business owner and have been acquiring his services for about four years,” Hills said. “We have used this balloon service for all of our events whether it be birthdays, weddings or anniversaries. It is very dependable, and I would definitely refer his business to others.”

The business began in adversity as Henry and his wife, Desire, searched for a solution to an unexpected job loss.
“I started tinkering around with the balloon business on the side when my wife’s job let her go because they lost their funding,” Henry said. “So I started thinking of ways we could make up for that. It was so hard for her to find a position somewhere, so I created a position by saying you can make that same amount of money from staying home. So we started doing the balloons, and it was very successful and it still is.” 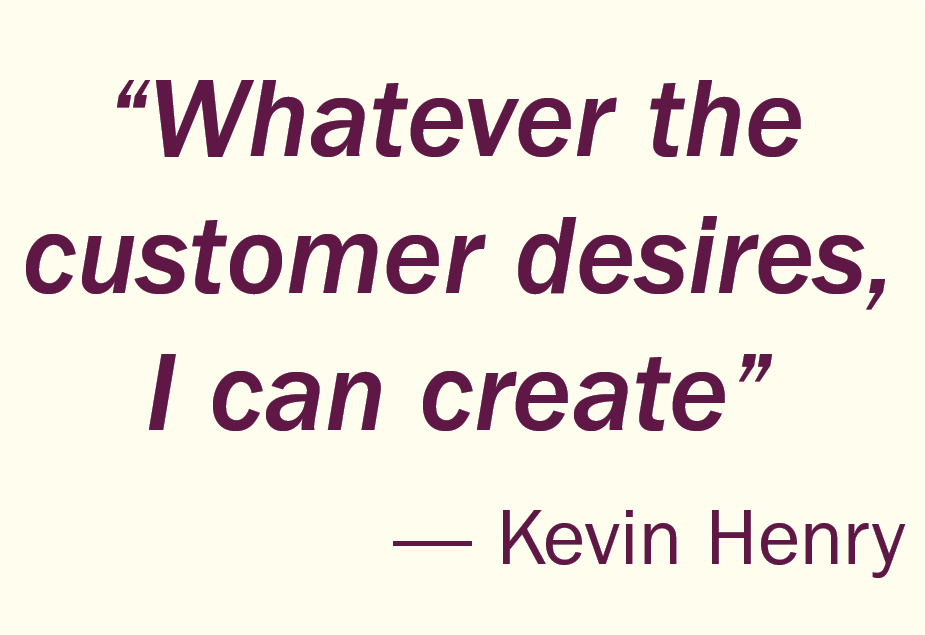 Henry has been running Balloon Creations for 10 years, and it is not his only successful business venture. Henry also owns a soul food vending business in which he cooks food, such as fried chicken, and sells it at events within the city.

With summer being a naturally eventful season, Henry was able to play the role of business mentor, taking on a staff of work-seeking high schoolers. Each summer, he hires three to four students from Nottingham High School and provides them with a summer job. Henry offers a salary in which they make about $800 to $1,000 during the course of the summer.

Jana Greene, a freshman at Syracuse University, worked for Henry’s vending business for three years as a high school student. “I definitely learned social skills and experience interacting with different people,” she said. “I understand now more about the working side but I understand also when I was on the customer’s side not wanting to wait in line … you don’t want to ever make a customer go away unhappy.”

“I saw young ladies like Jana that were bouncing around with basketball and trying to balance school and different things,” he said. “I don’t know if it was as easy to find a job at the time that I met them. So an easy thing for me to do was provide a position for them and at the same time they could stay out of trouble.”

An example that Henry sets for his student workers is to keep going, reach the top and even then look for more to be done.

“Every job that I took on it was like a supervisor position, for example. Here, there is no other job that I could get with the city except for me to be a commissioner or to be a mayor. I’m at the top now,” Henry said. “And I’m still looking to see what else I can do … anything I’ve ever done, I’ve tried to take it to the highest level.”

The past and the future 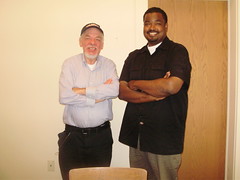 With that reach-for-the-stars mentality, Henry was able to develop and maintain these two businesses.

He decided to start Balloon Creations after meeting Joe Walker, owner of Balloons Over Syracuse.

“I would go and look at his work and say that’s something I can do,” Henry said. “To get the balloon business started consisted of just you having the talent, buying the balloons and the machines I created on my own, then I went home immediately and taught my wife everything that I knew.”

Walker takes no credit for the success of Balloon Creations but values Henry’s work as an equal.

“I didn’t give him any advice,” Walker said. “I see myself in Kevin … and I have more in common with a guy scrambling trying to get a balloon business together than anyone else in America. It’s not teacher and student, everything he says I’m listening to it, too.”

As entrepreneurs, Henry and Walker agree that family is important to the success of a small business.

“My wife is my best friend, my co-worker and my business partner,” Henry said. 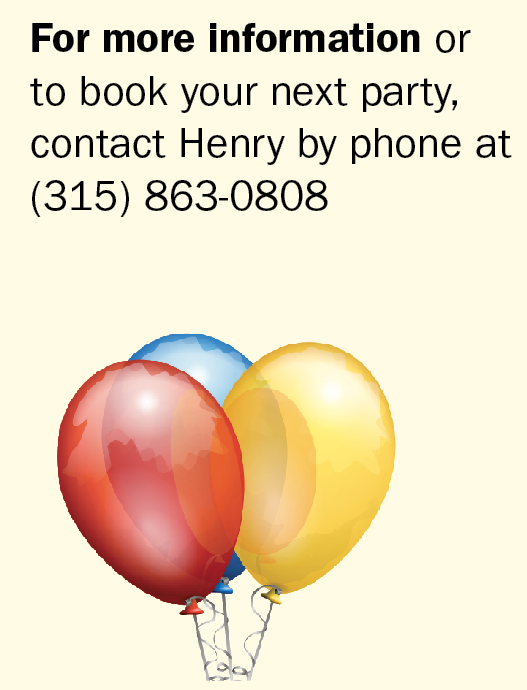 He expressed his desire to encourage his three children, a daughter and two sons, to take over the balloon and vending businesses one day.

“I think the way that things are going right now there is no way of us determining whether there will be jobs or things like that in the future for the kids,” Henry said. “So I’m taking my steps right now to create those types of positions for my children when they get older.”

He met many potential customers in his position as vice president of the board of directors for Juneteenth, an annual African-American cultural celebration held in Syracuse.

Community leaders, as well as hundreds of citizens who attend, keep Henry at the top of their list when thinking of an event that requires balloons or catering. Modestly, he has gained the respect and trust of many in the community for all that he has done and is still doing.

“It’s overwhelming the people you get to reach out to,” Henry said. “I don’t do it for recognition; I like helping the people I help. People like Joe took a couple minutes to talk and share things with me, so I don’t have a problem doing it for the next person. To young people who want to be entrepreneurs, my advice is: don’t stop!”