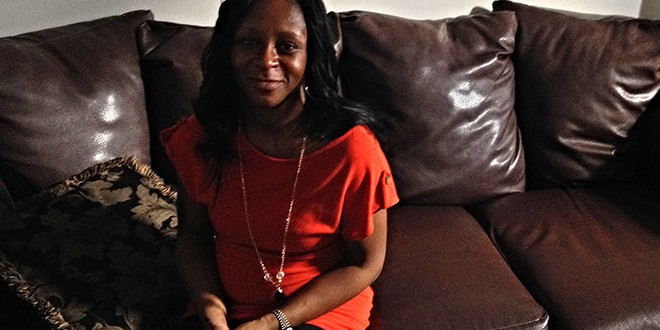 When Cherese Mildrew was a minimum-wage worker in California, she shared a two-bedroom apartment with four other people just to afford rent.
At 22, when she moved back to Syracuse, she worked four jobs just to make ends meet. 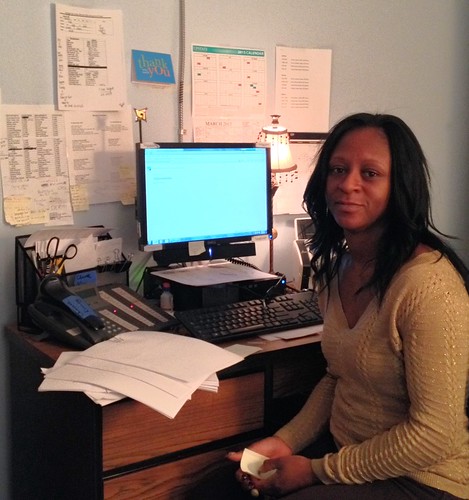 Cherese Mildrew earns $12.50 a hour at her current job as a medical secretary. In the past, she’s had difficulties living on a minimum wage salary, and argues for higher wages for employees to help make ends meet. | Brendan Krisel, Staff Photo

One day she would be restocking shelves at Price Chopper, and the next she would be working a cash register at Family Dollar. Mildrew, 33, said employers were understanding.

“Some employers are OK because they know it’s hard and if they can’t give you all the hours you need, they will give you the hours you need to make it to your other job,” Mildrew said. “It works, but you’re tired, but at least you have some pocket money for a little bit.”

Now, Mildrew is making $12.50 an hour as a medical secretary at SUNY Upstate Medical University Hospital. She is also earning a bachelor’s degree in health services administration from Bryant & Stratton College.

Gov. Andrew Cuomo recently announced his plan to have the state minimum wage raised to $10.50 by the end of 2016, with a special minimum wage of $11.50 in New York City to account for the higher cost of living. Currently the minimum wage is $8.75 an hour in New York State.
According to a March estimate released by the governor’s office, there are 23,536 minimum-wage workers in Syracuse.

In both California and New York, the minimum wage defined Mildrew’s life. She learned to budget extremely carefully — and even then sometimes couldn’t pay all of her bills at the end of the month.

While she laughs about the situation now, Mildrew remembers when her first car was repossessed. Before she moved to California, her bank gave her two options: to return the car, or to take it with her as long as she kept up with payments. She took it, but in a few months it was repossessed.

“I thought somebody stole the car, so I was trying to figure it out and then I put two and two together, called the bank and they said, ‘Yeah we had our sister company come get the car because you were delinquent on two payments,’” Mildrew said.

Mildrew said that moment was a wake-up call for her and taught her the importance of keeping good credit and budgeting, even though it was hard to manage on her salary.

“To me it feels like if you grasp a position, if you grasp something very well, then they give you more (work), but they don’t compensate you with pay. They load you up with work but you don’t get compensated, which I don’t think is right,” Mildrew said.

Mildrew estimated she earns about $2,000 a month in salary and after paying for her car, food, cellphone, cable and taking care of her 4-year-old daughter Kayla, she is left with about $500.

“We support issues that really help move workers up in this country and this state and more importantly making sure that we realize that you can’t live off the current minimum wage,” Botty said.

Lisa Davis, 53, worked for minimum wage until she realized there had to be a better way to make a living.

For five years, Davis worked as a personal care aide at the Hearth at Greenpoint in Liverpool. She kept records and tended to every personal need of the residents for a minimum-wage salary.

“When I got paid I didn’t know if I would have enough money for the next week,” Davis said. “I was working very hard and was getting cheated out of pay.”

Now unemployed, she’s earning a bachelor’s degree in marriage and family therapy for a better job. Davis said the hardest part about living on a minimum wage was the amount of care she would have to put into budgeting.

“Learning to prioritize your money and pay what’s most important, I don’t think [minimum wage] is ever enough where you can pay off all your bills for the month,” Davis said.

Botty said poverty in the United States is directly related to minimum wages. By raising the minimum wage in recent years, it has provided workers with new opportunities to provide for their families, even if their hourly wage is only $1 higher.

Laura Brown, an organizer for the Workers’ Center of Central New York, an organization that advocates for workers’ rights and does outreach work for low-wage workers, agreed that the current minimum wage of $8.75 is not a living wage. Brown advocates for a raise beyond Cuomo’s proposed $10.50, but realizes that any increase is a step forward for minimum-wage workers.

“For people who are working low-wage jobs every little bit counts … but if you were to keep up with inflation the minimum wage should be higher, around $15 or $16,” Brown said. “The relative weight of that extra dollar, I’m not saying people don’t notice, I’m sure they do, but at the same time I feel like it’s always too little too late.”