With the help of a local recording label, local R&B artist Erika Lovette is in the process of creating her second R&B album — one that will include songs by the same person who performed a song with R&B artist Anita Baker.

SKY PAD Studios, a new recording label that opened in April 2010, is trying to provide just this kind of opportunity to Lovette and others in Syracuse and put it on par in some respects with big cities such as New York City and Philadelphia. 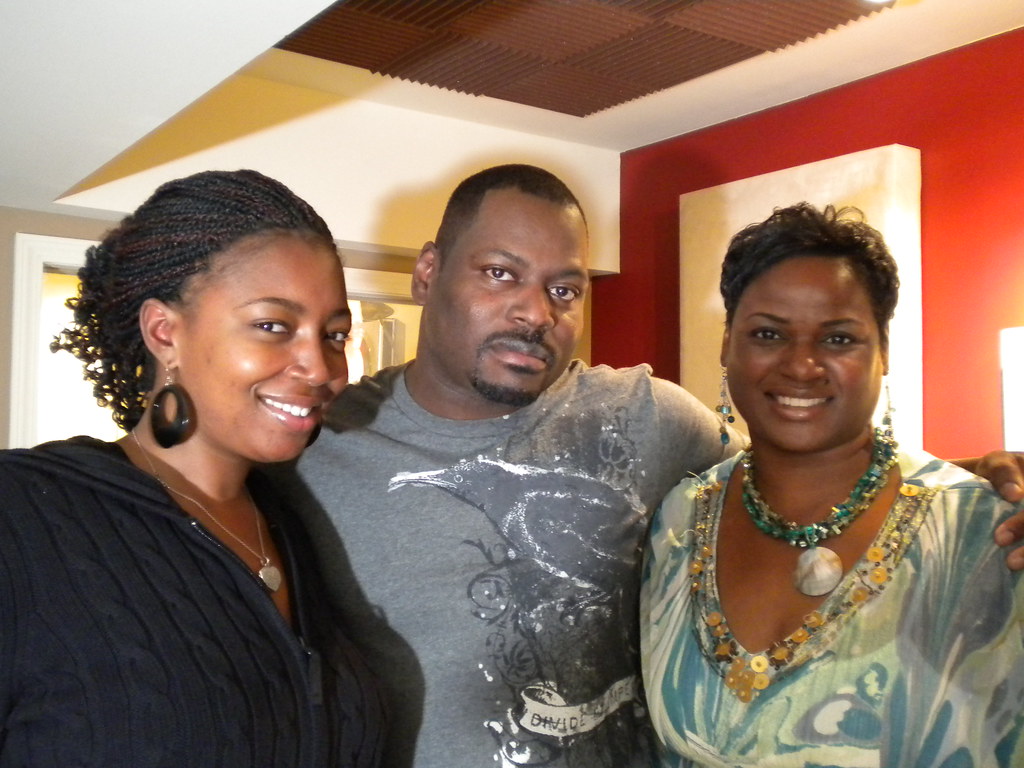 New York City natives Tedd Perry, better known as SWELL, and his sister, Melissa Parker, are working to help local artists get national exposure. They combine SWELL’s music industry knowledge as a producer for more than 20 years working with artists such as P. Diddy, Fabolous and Jagged Edge, and Parker’s experience in business, where she has a master’s degree in finance.

“The R&B opportunities are not here,” said Lovette, a local R&B artist who is currently recording her second CD, this one with SKY PAD. “The city is limited. There aren’t as many open-mic nights or radio stations to help you. You really have to travel and get yourself out there.”

Lovette is SKY PAD Studios’s first project. Lovette already released her first album titled, “Love, Life and Everything In Between,” under a different label in February 2010. With SKY PAD, Lovette is working with songwriter Sheree Hicks, who has written songs for R&B artists Tyrese and Anita Baker and is currently writing songs for Jennifer Hudson’s new album.

“Working with SWELL has been a blessing because of his connections,” Lovette said.

Financially, launching an artist and running a studio can get expensive, especially since SKY PAD is a project-based studio working with independent artists. 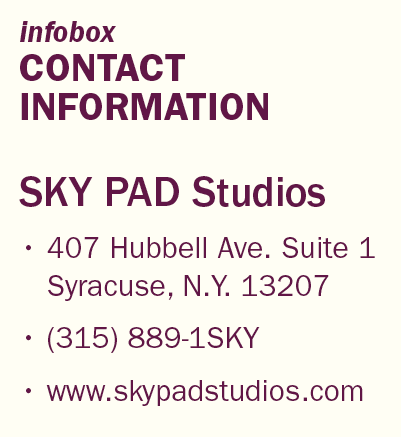 The big costs in creating an album come with packaging and marketing. Lovette said when she made her first CD, packaging cost around $1,200. Lovette got a break from studio costs for that record because a childhood friend produced it for free. Lovette thinks family, friends and personal support are an advantage of working in Syracuse.

“It’s a favor for a favor. People are willing to have your back if you have theirs,” Lovette said.

SWELL said studio costs can get expensive, depending on the type of equipment the producer uses and who the producer is. 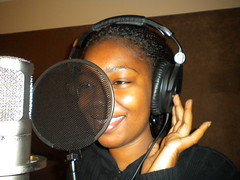 SKY PAD charges $40 an hour for studio time and the artists still have to package the CDs themselves. Bob Halligan Jr., an adjunct professor and musician in the Bandier Program at Syracuse University, said it could take 200 to 300 hours to record an album.

SWELL said that Lovette’s first album could have easily cost $10,000 if she was charged on an hourly rate. “Studios charging $200 an hour for recording time is nothing.”

Lovette’s first album took about a year and a half to complete. The amount of time it takes to create an album depends on the artist and the studio. The artist usually records around 30 to 40 songs for the project, and then chooses around 12 to actually include on the album itself.

Halligan said for a home recording studio, hourly charges can be anywhere between $25 and $75, since it isn’t offering the same things that a larger studio would.

Despite the high cost, advances in technology are giving independent producers and artists a financial break.

“It’s easier to do music, produce it, package it now,” SWELL said.

Since most music is bought and downloaded from the Internet, artists can save on packaging, but be hurt by illegal downloading.

“It’s a Catch-22,” SWELL said. “It’s easier to record, but harder to make money from sales.”
“I’ve been in studio, I can record a song,” Lovette said. “But now how do I do the business side of it? How do I promote it, market it?”

Parker thinks one way is through hosting artist workshops that can give specific information to artists about how to get started.

“I’m not an artist but if I was, the Internet is good to a certain point, but it isn’t going to give you what you need,” Parker said. “It isn’t going to tell you to go to 120th Street. It can just give you an overview.”