Construction on new grocery store scheduled for this summer

The dream of a full-service grocery store on Syracuse’s South Side will take a very big step toward becoming a reality, as construction workers plan to break ground on the nearly $3.5 million project by June. All that remains for the project’s planners is to locate and sign a tenant for the retail space.

“Everything is in progress to break ground on the building by the time summer starts,” said Carolyn Evans-Dean, business consultant for the Southwest Economic Business Resource Center, the business and entrepreneurship wing of Jubilee Homes. Evans-Dean has helped organize the business plans since the project began more than three years ago. 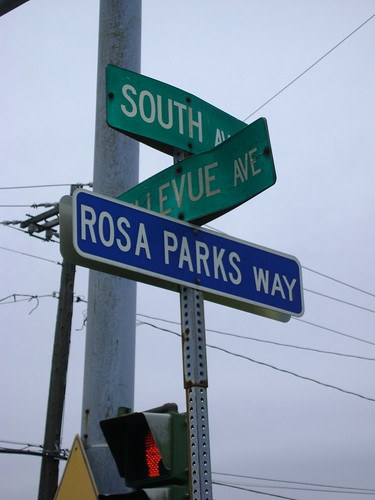 Located in the 600 block of South Avenue, the renovated store will fill the existing 22,000-square-foot structure, formerly home to Holt Paint Co. and, in its distant past, a grocery store. Plans include an 11,000-square-foot addition for a pharmacy, dry cleaner and eating space. Jubilee Homes purchased the property in 2009.

The building’s tenant could be a chain store, or the grocery store could remain independent, Evans-Dean said. But Evans-Dean remained empathetic to the neighborhood’s need for local employment. “It’s important that the store employ people from this community,” she said. “We will not compromise on that.”

Evans-Dean said one goal of the new store is to increase dependence on local sources for food. Urban planners will grow fresh fruit and vegetables at the neighboring Southwest Community Farm, and local teenagers will sell the produce at South Avenue farm stands until construction is completed. The urban farm will grow enough produce to potentially help supply the new grocery store.

“We’re big believers in the 100-mile diet idea,” Evans-Dean said, referring to the theory that local food sources are less expensive and healthier than produce shipped across the country. 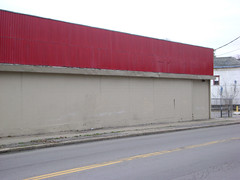 This vacant building is the proposed site of a new grocery store on South Avenue in Syracuse. -- Photo by Dan Scorpio, Staff Photo

“This project is quite an undertaking,” said Kenel Antoine, the project’s lead architect. “But we’re going to completely modernize the existing building.”

Developers hoped to begin construction before January 2011, Antoine said, but they were held up by lack of money. Private donations and federal grants from the Department of Housing and Urban Development provide the financial backing for the project.

The delay in the store’s construction has not stopped South Side residents from preparing for the store’s opening. More than 2,000 community members have signed up for shopper’s club cards, signaling their support for the project, said Ron Ehrienrich, a member of the Syracuse Cooperative Federal Credit Union and part of the project’s planning committee.

“The community has been very supportive of the grocery store,” he said.

The grocery store renovation is long overdue, said business consultant Evans-Dean, and is part of a larger plan to revitalize the South Avenue corridor.
“In my 22 years living in Syracuse, there hasn’t been much of a rush to provide necessary services to the South Side community,” she said. “We hope this store will turn that trend around and lead to more development in the neighborhood.”

“We see this store as a plan to provide jobs close to home, help our neighbors provide for their families and save money,” Hill said.
“It would solve a lot of our problems,” she said. “This store will give our community the balance it’s needed for some time. It will make a major difference in our neighborhood.” 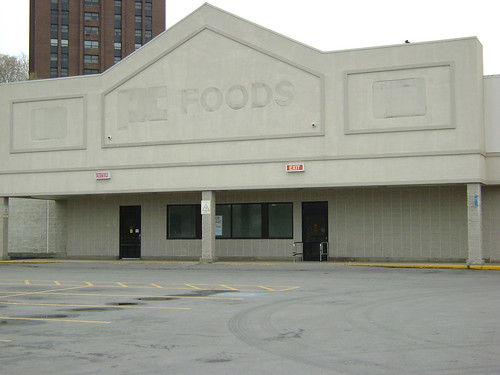 Tops Friendly Markets recently announced plans to explore opening a store at the Valley Plaza, formerly the home of a P&C store, on Syracuse's South Side. -- Photo by Dan Scorpio, Staff Photo