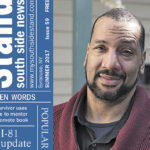 In this summer issue, meet a father who works overnight to provide for his four children, a man who has remarkably recovered from a stroke, a judge who serves as a role model for young girls and many more. Another collection of stories will likely interest our readers — the soon-to-be published project #TheyWearBlue by reporting and multimedia students at ... END_OF_DOCUMENT_TOKEN_TO_BE_REPLACED 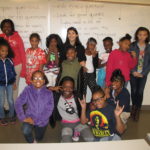 The Literacy Empowers All People (LEAP) program is a summer enrichment program for students who have finished second grade but not yet started third grade. LEAP will start July 5 and run through Aug. 4. The program will meet from 9 a.m. to noon Monday through Friday at Great Grace Church, 410 Oswego St. Classes are small. Each teacher works ... END_OF_DOCUMENT_TOKEN_TO_BE_REPLACED 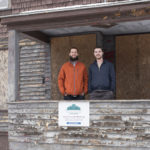 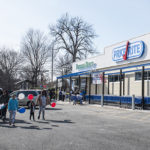 The new Price Rite held its grand opening Sunday, April 2, in Syracuse’s Southwest Side. Shoppers poured in throughout the day starting at 8 a.m., when the store officially opened.  At 2 p.m. a ribbon cutting ceremony with Price Rite executives, including President Neil Duffy and Executive Vice President Jim Dorey, along with leaders from the local community including city, ... END_OF_DOCUMENT_TOKEN_TO_BE_REPLACED 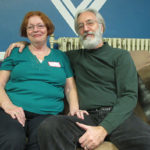 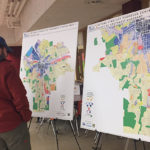 City to refresh zoning map to make city more attractive and sustainable The ReZone Syracuse project team presented the first draft of its new city zoning map at a public meeting in February. City officials, private consultants and the neighborhood representative were present at Corcoran High School on Feb. 15 to give a brief overview of the project and hear ... END_OF_DOCUMENT_TOKEN_TO_BE_REPLACED 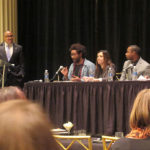 National advocacy group shows that racial inequality plays a major factor in housing instability People of color are more likely to become homeless and, once so, remain homeless longer than people of other backgrounds, according to the Center for Social Innovation, a national advocacy group working to understand and alleviate the web of social issues connected to inequality. A public ... END_OF_DOCUMENT_TOKEN_TO_BE_REPLACED 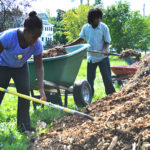 Several volunteer efforts have been planned throughout the South Side in honor of Earth Day.  Scheduled cleanups for Saturday, April 22 include: WOSA Clean Up Time: 9 a.m. to 2 p.m. Where: Meet at Onondaga Commons, 484 W. Onondaga St. Details: The West Onondaga Street Alliance will host. Participants will be divided into two groups. One will clean up West ... END_OF_DOCUMENT_TOKEN_TO_BE_REPLACED 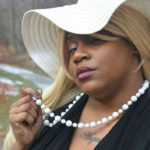 Contributing writer introduces herself to readers Editor’s note: Tammy Reese, a community contributor who has written articles for The Stand over the past few months, would like to introduce herself to readers in this column. I am the creator of the uplifting “Visionary Minds” website and Facebook blog used to highlight visionary artists, business owners and leaders as an outlet ... END_OF_DOCUMENT_TOKEN_TO_BE_REPLACED 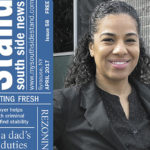 In our April print issue, meet Lanessa Owens, a lawyer overseeing the Volunteer Lawyers Project’s New Start Program that focuses on reentry assistance. Next learn about two unique things happening with Land Bank homes — first the Greater Syracuse Land Bank is partnering with art teachers in city schools to paint murals on plywood to be used on vacant housing ... END_OF_DOCUMENT_TOKEN_TO_BE_REPLACED