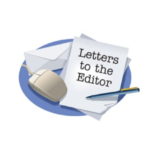 Thank you for your news article about the pending suspension of operations at LiteracyCNY.  On behalf of the Executive Committee of the Board of Directors, we are writing to clarify a few items that we believe may have been misconstrued. In the article, Mrs. Ruth Colvin, Founder of Literacy Volunteers and LiteracyCNY Board Member, said that “It [the vote to ... END_OF_DOCUMENT_TOKEN_TO_BE_REPLACED 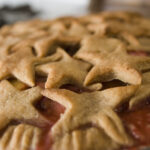 Fundraiser is largest held to support city’s high school lacrosse program By Dominick Pfisterer For almost 20 years, the Syracuse City School District has held an annual Thanksgiving pie sale to raise funds for the boys lacrosse programs. Earnings cover the cost for equipment, jerseys, sticks and out-of-season leagues and tournaments that could not be funded otherwise. The SCSD lacrosse ... END_OF_DOCUMENT_TOKEN_TO_BE_REPLACED

LiteracyCNY Set to Close this Week

October 25, 2020 Comments Off on LiteracyCNY Set to Close this Week 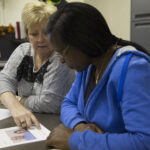 Founder Ruth Colvin and board likely to return program to its roots as an all-volunteer service By Jeff Kramer Lawmakers are scrambling to save LiteracyCNY after the state denied critical funds to the nationally acclaimed program, forcing it to suspend operations effective this week. The 62-year-old organization, which served about 350 learners pre-Covid restrictions, was launched by Ruth Colvin, now 103. She was ... END_OF_DOCUMENT_TOKEN_TO_BE_REPLACED 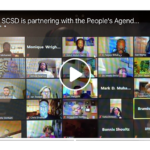 Peoples Agenda Collective partners with city schools for series on role of SROs By Sydney Gold The Syracuse City School District and People’s Agenda Collective will continue a weekly, virtual town hall series through November, focusing on school resources officers, or SROs.  SROs are law enforcement officers stationed inside of schools. A controversial disciplinary method, many lament the presence of SROs ... END_OF_DOCUMENT_TOKEN_TO_BE_REPLACED 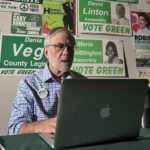 October 1, 2020 Comments Off on City of Syracuse Releases Mini-Series on Healthy Housing 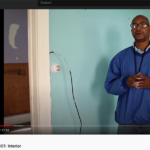 By Sydney Gold On Wednesday, the city of Syracuse released the second segment of its three-part healthy housing mini-series. The series, available on youtube, aims to arm the city’s renters and leasers with the knowledge they need to spot code violations while hunting for potential apartments or homes. Hosted by J. Omar Sharif from the Department of Code Enforcement, the video ... END_OF_DOCUMENT_TOKEN_TO_BE_REPLACED

September 28, 2020 Comments Off on Black Judges Can No Longer Stay Silent 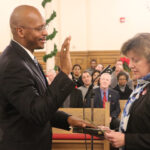 In the wake of continued killings of unarmed minorities by police, justices identify areas of racism in court system By Jeff Kramer Embedded in a new report on racial bias in New York state courts is a link to a segment of the popular TV show “What Would You Do?” starring John Quinones. The episode can’t substitute for the exhaustive ... END_OF_DOCUMENT_TOKEN_TO_BE_REPLACED 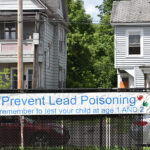 By Sydney Gold When the Syracuse Common Council passed a new lead ordinance this past summer, they acknowledged the ongoing health crisis facing so many of Syracuse’s families. In a city where roughly 600 children are diagnosed with lead poisoning annually, laws that force accountability from both the government and landlords can be crucial steps on the path towards a ... END_OF_DOCUMENT_TOKEN_TO_BE_REPLACED

September 24, 2020 Comments Off on More Than Reading 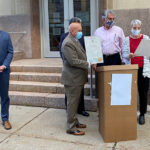 September 15, 2020 Comments Off on Protest Held on First Day of Virtual Learning 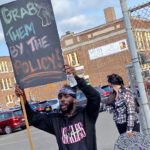 Community calls out inequality to city’s start of school plan amid the pandemic By Patrick McCarthy Community members made themselves heard Monday morning in front of STEAM at Dr. King Elementary School to protest the Syracuse City School District’s remote learning plan. The school board voted unanimously in late August to only have virtual classes from Sept. 14 through Oct. ... END_OF_DOCUMENT_TOKEN_TO_BE_REPLACED